The weekend proved to be fatal for the US dollar as the currency dropped from its one-and-a-half-year high testing. The primary reason behind the dip was the Fed’s comments regarding the interest rate hike.

The comments plummeted the US yield curve, putting it at its lowest levels in three months. Despite the central bank’s comments about a March interest rate surge, several reputable forex brokers believe the institution is bracing the market for a quick increase rate to moderate inflationary pressure.

A quickly increasing rate surge also hinders future growth prospects. The scenario is alREaDy taking place in the bond markets where spreads between two and ten-year United States Treasury yields dropped under 59 bps. This has been the first time the yield has fallen to such levels since early November.

Although traders are uncertain about the impact of the anticipated rate hike on inflation and growth, many investors seized the chance to gain profits on the currency’s recent rally. Several experts believe that the market can witness as many as five rate hikes in 2022, reflecting a spreading belief that the Fed is causing the curve in addressing inflationary risks. In addition, the central bank also needs to deliver more tightening to moderate the situation.

The USD’s 1.6% hike last week was its biggest weekly surge since mid-2021. Even then, long dollar positions currently stand near their peak for 2022. The week will also see the Bank of England holding its meeting. Several economists predict that the meeting will result in another hike as the central bank is reversing more pandemic stimulus.

COTI Is Partnering with Adax for Djed Integration 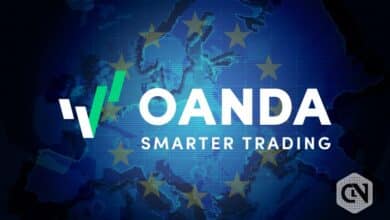