Bitwala has announced the launch of their bitcoin banking app for iOS and Android. Bitwala is a  Berlin-based crypto banking startup with customers in about 31 of the European countries.

All of these residents can now apply for a German account in the banks, with functionalities like bitcoin wallet and trading. The app makes the trading quick and easy says the company.

Officials from the company also stated that the respective bank accounts are to be controlled under a licensed German bank called solarisBank. The bank is supervised under the Authority of Federal Financial Supervisory and claims protection under the german deposit guarantee scheme. A sum up to €100,000 can be submitted.

Bitwala’s co-founder, Benjamin Jones along with the chief technical officer, spoke that “Onboarding is now directly integrated into the app. Once you have an account, you can seamlessly integrate your daily banking activities – whether in bitcoin or Euro – into your everyday life.” in a recent statement.

The CFO Christoph Iwaniez says that Customer Bitcoin balances are registered directly under the Blockchain through one multi-signature wallet letting users be the domineers of their wallets.

Bitwala customers, hold their own private keys and doesn’t work under a centralized framework like other traditional virtual currency exchanges.

The wallet even enables peer-to-peer exchanges, payments through QR code, as well as offers its users an option of validation through biometrics.

The app is exclusively designed to onboard new users. It employs video identification that lets European residents verify and open accounts in no time. Bitwala’s CTO Benjamin James said that once an account is opened it can be smoothly integrated into daily banking chores — no matter in Bitcoin/Euro.

With Bitwala your bitcoin are booked directly on the Blockchain via a multi-signature wallet. This is another way of saying that hacking Bitwala is as useless as breaking the Blockchain itself and that our customers are fully in control of their Bitcoin wallets at all times.

Last month, Bitwala raised $14.3m as funds according to a report. The company also plans to expand its services at a number of other global locations.

Litecoin (LTC) Records Marginal Hike of 0.1% in The Last 24 Hours 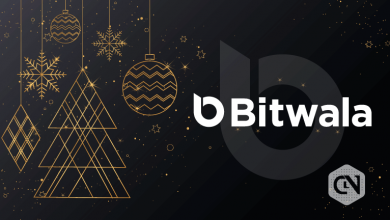 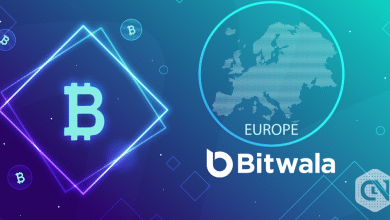