Dot.Finance, a DeFi aggregator dedicated to Polkadot, allows investors to vote on proposals for the first time. The platform released its DAO governance framework last week, giving PINK token-holders and stakers the ability to influence its future direction and product development.

As with DeFi’s many other decentralized autonomous organizations, the governance model confers voting power based on the number of tokens held or staked. Thus, those with the largest stake in Dot.Finance’s success will hold the most sway. Although 1 PINK equals 1 voting power, a minimum threshold – currently set at 2,500 PINK – determines one’s eligibility to participate.

According to Dot.Finance, whose executive team includes a swathe of ex-Bancor employees, the DAO will pave the way for ‘broader debate and clearer consensus around important decisions related to product development, growth directions, or features requested by users, fostering community involvement where our users have the freedom to participate in voicing their thoughts around the future of the Dot.Finance platform.’

The first proposal on the table addresses the question of whether to increase the rewards of the PINK/BNB vault by 3 million PINK tokens over the next 4 months. Perhaps unsurprisingly, the overwhelming majority (98.28% at the time of writing) have said a resounding Yes.

The suggestion was advanced with a view to incentivizing the liquidity of Dot.Finance’s native token, which briefly reached dollar parity back in August. According to the proposal outline, the platform is keen to reward its community for their continued support. To this end, it will forgo part of its allocated tokens, instead of dispensing them to the community as rewards for liquidity provisioning.

Should the proposal receive the green light – as it now inevitably will – 3 million of the allocated 14 million team tokens will be burned and used as reward emissions for those depositing PINK-BNB LP tokens into the PINK/BNB staking vault over the next 120 days, equating to an additional 750K tokens each month.

One investor who was more than a little intrigued by the news was Crypto Wombat (@OxWombat), who highlighted that ‘significant accumulation’ had commenced before the announcement, noting an increase in trading volume and a price rise from around $0.28 to $0.44 – a spike of 57%. ‘Perhaps the right trade here was “buy the rumours & sell the news”’ Crypto Wombat suggested, drawing attention to the fact that the PINK price dropped following the announcement itself.

Lest followers think the sage was finished delivering wisdom for the day, CW went on to highlight that Dot.Finance’s maiden proposal effectively meant that a 144.15% APR was supercharging to 576.6%, making the APY an eye-watering 30,418.88%.

While such numbers aren’t completely unfamiliar to degen traders knee-deep in high-risk compounding pools, the casual user browsing CW’s thread may have had to quickly pop his eyeballs back into his skull. To temper expectations, Crypto Wombat clarified that the program would only be boosted for four months, the price of PINK would fluctuate and affect the yield in the meantime, and that the TVL (Total Value Locked) was ‘likely to change A LOT and reduce your portion of the pool and hence of the rewards.

It’s difficult to say how many people were thinking along the same lines as Crypto Wombat – or possibly compelled by his post to join the staking farm. In any case, Dot.Finance will be hoping that its new DAO motivates greater community involvement, boosting the price of PINK and helping its influence spread like tentacles across the crowded DeFi landscape.

Qredo Enters Into a Partnership with MetaMask Institutional

Not Dogecoin, It's Shiba Inu (SHIB) to the Moon! 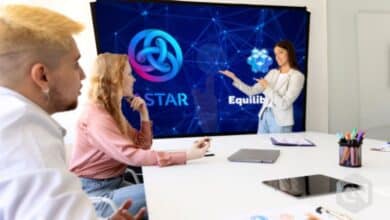 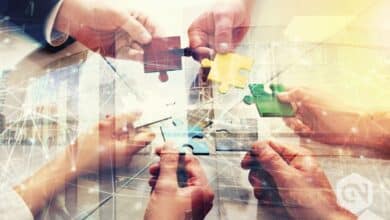