Electronic Arts announced plans for a new mobile game based on the popular fictional universe of J.R.R Tolkien. Titled Lord of the Rings: The Heroes of Middle Earth, this game will deal with some of the unexplored storylines from the beloved novels. It will be a joint venture for Electronic Arts with Middle Earth Enterprises.

Lord of the Rings is one of the most popular series of fiction in the world that has several forms as movies, tv shows, and games. There is a large fanbase for the games built on this fantastical universe. The available Lord of the Rings games range from trivia to graphically advanced ones. Electronic Arts announced an exciting addition to this extensive list of games.

This new game will be a free-to-play mobile game. There has not been much information about the game except for the title and the image released. However, Fredrica Drotos, Chief Brand and Licensing Officer at Middle Earth Enterprises, stated that the game would be inspired by the enthralling image of middle earth from the works of Tolkien. The team hopes to explore the deep corners of this fictional region like never before.

Moreover, the new game will explore several characters from The Hobbit and Lord of the Rings trilogy. The gameplay will involve combats, competitive play, collections, and captivating storylines and battles from works.

The game is seen as an ambitious move by Electronic Arts that expects to bring extensive features to mobile gaming. In addition to that, the game’s timing could prove beneficial for the franchise as the prequel tv show Lord of the Rings: The Rings of Power is set for release coming September. Not only that, but a new game with a story built around the fan-favorite Gollum is also releasing this year.

The announcement did not give a date of release for the game. But it is likely to drop before the end of the year. The available information confirms that Lord of the Rings: The Heroes of Middle Earth will be the next step in the evolution of mobile gaming in this franchise. 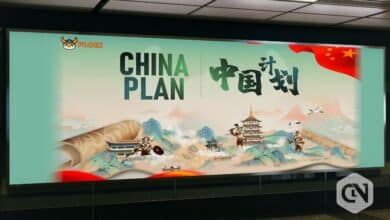