While the influence of the blockchain developers from countries like China, the US, and the UK is clearly visible, some smaller countries are also catching up in the race to develop blockchain and augment its adoption across the globe. A case in point is Scotland’s Wallet.services which is increasingly finding prominence in the crypto world. The Edinburg-based startup has got some enviable names in its client list and successfully secured the funding recently that it will utilize to further its operations across the globe. The startup is founded by country’s well-known technology stalwarts Peter Ferry and Stuart Fraser in the year 2016. The motive behind the startup is to reduce the complexity and ambiguity in digital transactions and to make them easier for the common man. The obvious choice to do so is the blockchain technology which is also known as distributed-ledger in technical parlance.

Over the years, the company has acquired many contracts with many prominent ones came from the government sector running under the theme of “Improvement Service.” The company has also expanded its footprints in the energy and gas sectors, and the major announcement in this regard is expected to come forth later in 2019. One ingenious step taken by the Wallet.services is to have a partnership with leading universities in the country with a focus on building research-oriented collaborations in the various fields of business and industry segments. The move also ensures that developments in the field of academia are applied to solve real-world issues faced by organizations. 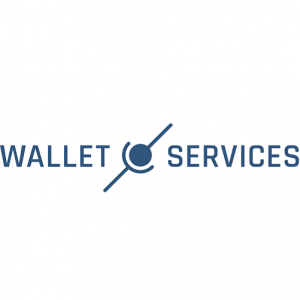 Peter Ferry, who is the commercial director of the firm, said that the focus of the company is to solve real-world problems that customers face. The company is applying blockchain technology for devising the ways for the companies to come together for achieving high supply chain efficiencies while protecting their data and contracts cryptographically to ensure safety and security of their commercial interest and confidence. Elaborating further, Stuart Fraser, Managing Director, Wallet.services, said that 2018 had witnessed a new wave of enthusiasm towards the blockchain technology with both the public and private sectors embracing blockchain with open arms. The public sector is using the blockchain for ensuring trust and transparency in the services while the private sector in emphasizing more on the efficiency by reducing the transit time from weeks to now seconds.

Just so you know, Wallet.services has successfully raised the funding to further develop its much-touted software developing Siccar platform. The funding negotiations were led by the company’s existing angel investors in association with Mercia technology which is a venture capital firm. The company has announced that it will now scale up its operations and recruit executives for various roles in its technical and management domain. On the achievement front, Wallet.services has secured a place on the list of “Telefonica O2 accelerator program” in a competition that witnessed the participation of a total of 140 international organizations. The Siccar platform developed by the company won the integrity challenge of Citibank’s Tech in 2017.