Electroneum, built off Monero codebase, is a mobile-first cryptocurrency that allows for transactions on a decentralized blockchain and aims at mass adoption. It resolves the shortcomings of bitcoin’s privacy issues. Electroneum’s stealth address, a one-time public key that prevents recipient’s funds from being linked with their wallet, resolves the security issue. The recipient gets their funds through their wallet’s private view key which scans the blockchain. The key feature is its ability to perform mobile mining through your phone’s CPU, and the miners will be rewarded for this activity. 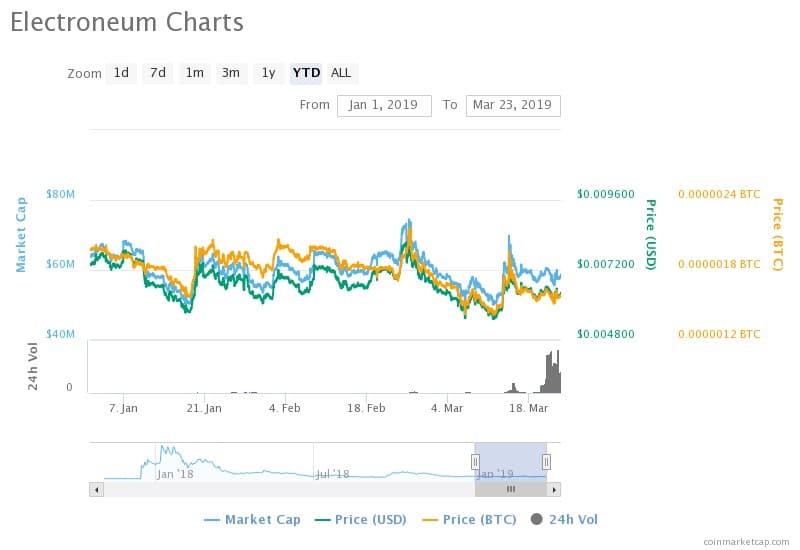 Although, Both the averages show an increase in percentages and an uptrend in the market, the insignificant values put the cryptocurrency under bearish pressure and in favor of sellers. Investors with long term investment plans will have to observe the trend until it gains stability. This fluctuating market comes in handy for the traders as this investment from traders will increase the value of the cryptocurrency in the future.

Monero (XMR) Gets Accepted for the Tor Project Donations, BitPay Watched as a Bystander