Electroneum is a first-ever smartphone based cryptocurrency aimed at mass adoption. Just by downloading its app, the users can start getting ETN cryptocurrency. It relies on Monero codebase that allows transactions on a decentralized blockchain. ETN too has privacy features. It has its stealth address, a onetime public key that restricts recipient’s funds getting linked to their wallet. Based on the level of traffic in its network, transactions get relatively faster with dynamic fees. 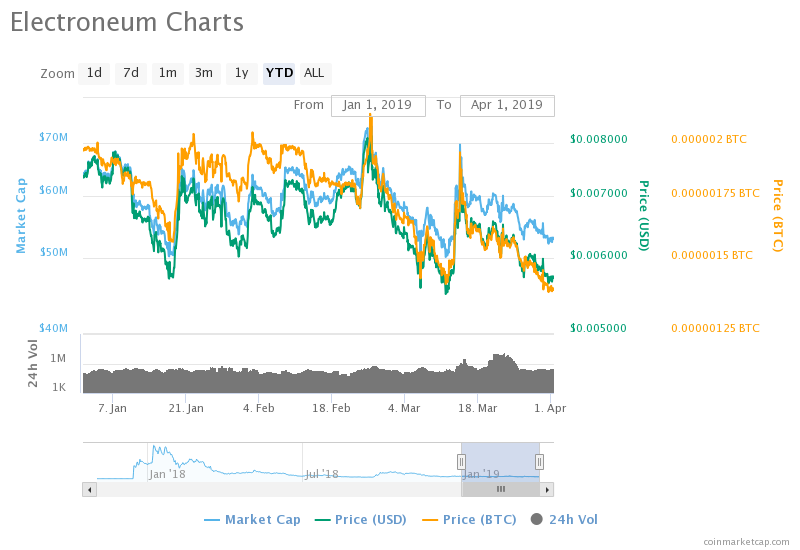 According to US Lifted, ETN is not going to make any major mark this year. If it upgrades itself, followed by mass adoption, then, in 2020, it can start trading around $0.812 and can be around $1.10 by the end of 2020. CoinLiker thinks that ETN can be around $2.44 by 2023. Crypto Ground has predicted that in one month ETN, can be around $0.0065 and in a year, it can be $0.0432. Although their predictions can sound pessimistic, based on the market rank and performance of ETN, it is justified according to us. We expect that ETN can trade around $0.0355 by the end of this year.

ETN is definitely not worth investing as there are many of its developments to come in this year. Investors must be vigilant about the steps it is making to emerge as a sound competitor to its relevant cryptos. Till now, its performance and stability have not been so significant to attract investors for long term investment.