Dogecoin has become the staple cryptocurrency that everyone knows. Regardless of anyone’s preexisting knowledge of crypto, the king of the K-9s has the support of the world’s wealthiest man. What effect did Elon Musk’s overt support of Dogecoin have on its price action? Could this be replicated in another project like Big Eyes Coin? This article will try to answer those questions!

Why Does Elon Musk Have Such an Affinity With the DOGE?

Elon loves memes. Have you ever seen him on a podcast? The interviewer nearly always questions him over memes. The Lex Fridman podcast purposefully designated 15 minutes to get Elon Musk’s opinion on some topical memes. Why is this?

The definition of a meme has changed dramatically over the last decade. Starting as humorous captions on top of humorous images, they are now culturally embedded in our society. Because of this, meme has become a political weapon and a means of marketing. 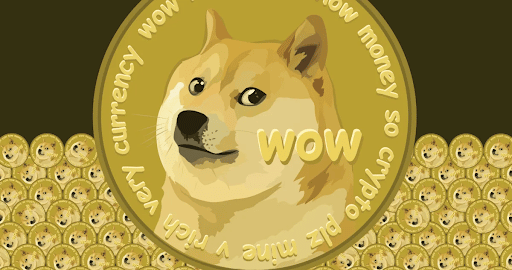 This is why Elon has such a deep love for Dogecoin. DOGE is the incarnation of memes in cryptocurrency. Created as a joke, the token has gathered serious backing and mustered up an impressive market capitalization – topping at around $88 billion at the height of the bull run.

Elon Musk has said many times in interviews that a joke cryptocurrency becoming the highest ranked by market cap would be, quote on quote, ‘hilarious.’ This, of course, sparked some criticism from many as they doubted the sincerity of his support of Dogecoin. Anyone who knows Musk will know that he did not bat an eyelid and would even revel in this spotlight of criticism.

Regardless of the bad press, Elon helped Dogecoin to a top 10 cryptocurrency ranked by market capitalization; it is exactly this highbrow support that could take Big Eyes Coin to the next level of fame.

Who Could Back Big Eyes Coin?

Big Eyes Coin is hardly struggling. It has stormed through its presale stages and onto stage 4; the project has raised $5 million already in a very short period. Many are wondering if a celebrity of some status could end up endorsing the project as Elon Musk did to Dogecoin.

The project has already made numerous collaborations with crypto Twitter influencers, which has helped Big Eyes onto a pedestal. But who could take the project one step further once the token is launched and open for trading? Let’s take a look.

It is unlikely that Elon Musk would take a stance to support Big Eyes as he is already such a sincere advocate of Dogecoin. Someone with Musk’s profile would no doubt take Big Eyes Coin to the skies and beyond, but unfortunately, it is a very unlikely scenario.

The Big Eyes project has emphasized the welfare of the oceans and related sanctuaries. 5% of its total token supply has been dedicated to an as-of-yet unspecified ocean charity. This has led to speculation that the project is looking to work with a known environmentalist. The most notable would be Sir David Attenborough. The British natural historian phenomenon. The support he has is unparalleled throughout the world, and he would surely raise the Big Eyes pedestal even higher.

This, however, would be unlikely because he is far from involved in cryptocurrency at present and would likely be uninterested in such a venture. In all fairness to him, he is 96! The next obvious candidate would be Greta Thunberg, the Swedish environmentalist sensation who took to fame from a very young age. This is a much more likely sponsorship of the Big Eyes token and would be a partnership that would stand the test of time.

Not bought any Big Eyes Coins yet? Get involved in their presale! You’re still very early, as we are only in stage 4/15! Each stage increases the value of the token, and so an investment in presale stage 4 would mean you, at minimum, make over 200% of your original investment upon the token launch.