Based in San Francisco and Israel, Enigma MPC, which works as a renowned blockchain technology powered firm, has announced the news about its two successful accomplishments in New Year 2020. These remarkable achievements include:

About The SEC Settlement

The Enigma team is highly elated as it has finally settled its disputes with the US Securities and Exchange Commission concerning the issuance of ENG tokens in an alleged unregistered initial coin offering held back in September 2017. SEC initiated administrative proceedings against Enigma after learning that the firm had pooled in $45 Million by selling 75 Million ETN tokens to investors during the ICO event.

Enigma was blamed for not have registered its ICO with the SEC and also its conduct violated certain provisions of the Securities Act. On Wednesday, SEC conveyed that it shall accept Enigma’s offer to settle the charges imposed against it. As part of the process, Enigma agreed to return the funds to the investors affected by the ICO. The reimbursement will be made through a claim process. Enigma has agreed to pay a penalty of $500,000 to the regulatory organization as well as has decided to register its ENG tokens as securities and has agreed to file periodic reports with the Commission.

About The Mainnet Launch

Enigma has announced the launch of its first mainnet supported and operated by more than 20 independent validators belonging to the Enigma community and network. The mainnet is a PoS blockchain supported on Cosmos SDK/Tendermint. The solution is backed by a new native coin named Secret (SCRT), which will help in staking and transaction fee payment within the network. Replacing Ethereum, the new chain has been designed to work as the consensus layer for the Enigma system. More than twenty validators hailing from over ten different time zone boundaries cumulatively agreed on the genesis block of the blockchain network, which was signed on February 13, 2020.

The system has now incorporated an array of changes proposed by validators, including on-chain governance, delegation, inflation, and slashing. `The initial validators of the Enigma mainnet are now the sole controllers of the network and the future changes shall be submitted as proposals and voted upon by the validators for addition. The core team of Enigma will work harder to improve the protocol’s security, stability, and community governance. Strategic efforts shall be made to strengthen the Enigma Discovery developer test network, allowing developers to create potential solutions. At the mainnet launch, full secret contract functionality was not available, so the team is dedicated to employ and integrate it through a voting system channelized by the community in a hard fork in the near future. 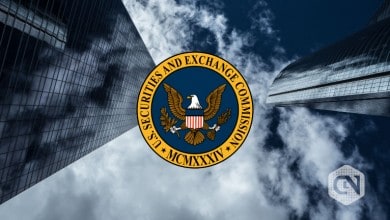