Dogecoin has been in the news since April after Tesla Chief Elon Musk (only for a joke) became its CEO! The fuel has been pumping more ever since Computer Scientist John McAfee openly praised the token and agreed that Dogecoin will definitely “go to the moon.”

However, the biggest roadblock for Dogecoin’s success is, it not being listed on two biggest crypto exchanges, Coinbase and Binance. These two exchanges have arguably the biggest user reach and the highest trading volumes. Any coin listed on these platforms has a head-start over those who aren’t.

To end this “discrimination” with Dogecoin, enthusiasts are demanding Coinbase CEO, Brian Armstrong, and Binance chief, Changpeng Zhao to list their favorite token on their platforms. If they do listen, this could be the greatest news for all DOGE enthusiasts.

FIGHT AGAINST DISCRIMINATION:@binance and @coinbase have you understood?
Even Doge can love
So @brian_armstrong and @cz_binance list Doge!
Now! pic.twitter.com/vIe5qRiZM3

Dogecoin has grown steadily in the last three months and is poised to become one of the most used cryptocurrencies. McAfee, who also is a great analyst and long-time promoter of crypto assets, recently stated that Dogecoin is one of the fastest growing tokens, indicating that it is due for a big surge.

Doge started life as joke/prank coin. The coin now has a market cap of $360 mil. The crypto market is, in no way, related to the stock market. Inherent value is, ultimately, based on usage. Doge is one of the fastest growing coins based on use. Go figure.https://t.co/dKiY32rDq1

Quite a few experts have even stated that DOGE could be the world’s most favorite cryptocurrency by the end of 2020. It has great usability, and is quite easily implementable in day-to-day life, and could be the future of small online payments and exchanges. Apart from this, when you go through Dogecoin Prediction you will get more idea about what will happen in the upcoming years with the DOGE price. 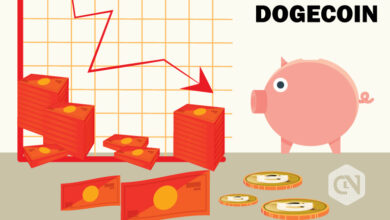