The concept of the circular economy lies at the heart of sustainable development. The closed-loop of a system consisting of raw materials, processing components, and products is one of the cornerstones of the successful circular economy. In order to promote and encourage people to embrace this concept of sustainable development, blockchain technology can certainly play an important role. In an impressive keynote lecture, Erol User, Chairman & Co-founder of BlockchainArmy, elaborately explained the role of blockchain in stimulating the circular economy. 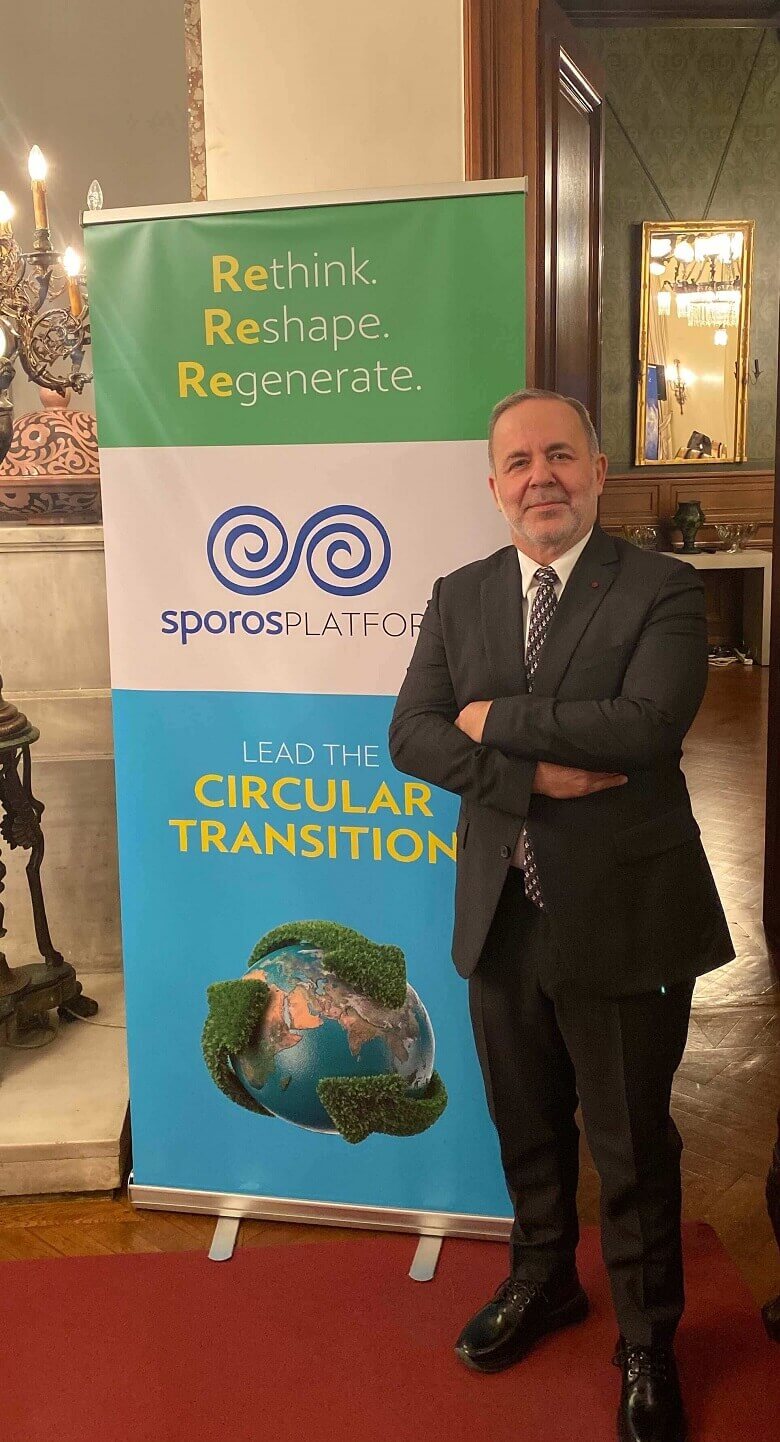 User was speaking at SporosPlatform, where many the elite from varied disciplines gathered to know the open ledger technology. The precision and accuracy with which User elaborated the role of blockchain technology in pushing the circular economy left the audience dumbstruck. The focus of the talk was primarily on two aspects, using blockchain to authenticate the origin of the products and to incentive the positive behavior to reinforce the adoption intention.

Blockchain Technology can be extremely useful to authenticate the source of a product. Thanks to the characteristics of blockchain technology that makes the data immutable, it is impossible for anyone to change the source of the product. It brings transparency and authenticity into the whole process, resulting in enhanced confidence from all the stakeholders involved in the process.

This enhanced trust is particularly relevant in the case of evoking positive customer sentiments and spurring growth. We already have several blockchain startups doing an impressive job in this field. For example, Provenance, which is working the fishing domain, can help to detect the fraud claims regarding the sourcing of the fish by tracking the source of the tuna and its journey from the line to the selling store.

It will be very helpful to overcome cultural and social barriers that always resist the change. By compensating people for displaying positive behavior, people will embrace new habits while ditching the old practices. Blockchain can be used to tokenize the resources, making them tradable during the exchange process. We already have such systems in effect in the recycling industry. For example, Plastic Bank provides people with digital tokens in exchange for plastic, and these tokens can be used at several partner stores of the company.

1 day ago
Recent Post
Back to top button
Close
Close