Ethereum Classic Cooperative or ETC, the globally acclaimed non-profit organization, curated for the growth and development of the Ethereum Classic Protocol recently made significant decisions during its Annual General Meeting held on March 17, 2020, at 12:30 PM EDT. Two significant resolutions were passed by the members with an intention to strengthen the Board of Directors panel as well as lay the foundation for new policies, processes, and procedures focused towards strengthening the ETC Cooperative’s core principles and objectives.

The firm announced the news about the hiring and removal of the members of its core community through tweets on its official Twitter handle. According to the reports, the ETC Cooperative community has welcomed Elaine Ou, Roy Zou, and Craig Salm as the new ECC Board of Directors. The members gave their nod for the resignation of James Wo, who served as a member of the Board earlier. Also, Alison Alexis has been delegated with the authority of a treasurer and will be succeeding Simcha Wurtzel, who was delivering duty up until now.

The AGM for @ETCCooperative happened earlier.

Two Resolutions were passed today, which strengthened our Board of Directors and put the new governance policies, processes and procedures in place:https://t.co/oI6f3aqYYU

Roy Zou is an active crypto participant since 2011 and is known for offering translation and educational aids for the blockchain arena in China. He serves as the Founder CEO of a blockchain firm named BITKIO and is also a co-founder of a blockchain venture studio Gödel Labs. Gödel Labs is doing significant research work in the development of blockchain protocol-level technology and widescale applications of the decentralized technology. It also serves as an incubator for potential projects. He was elected as Secretary-General of Ethereum Classic Consortium and worked as an advisor in the ETCDEV team.

Working as a blockchain engineer at Global Financial Access in San Francisco, Elaine Ou has delivered her services as an advisor to the ETCDEV and is also an ETC OG. Craig Salm holds the position of the Director, Legal at Grayscale Investments. He has joined the Board of Directors panel as the Chairperson. 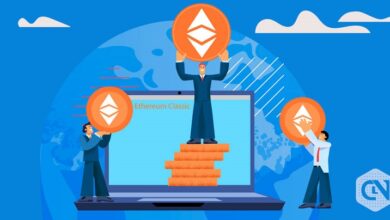