The cryptocurrency market has been on a rollercoaster ride ever since the launch of Bitcoin about a decade ago. The market had its fair share of ups and downs and survived the worst climates, which only made it stronger.

However, the market faced the worst ever bears last year, when almost every cryptocurrency lost significant value. Especially, the period was devastating for Ethereum (ETH). Just to understand how bad it was, let’s see the price figures throughout the year.

This shows how severely hit Ethereum was, about 80%-90% in the span for 10-12 months. This caused many critics, analysts, and even investors to question the foundations of the Ethereum platform, which at the time seemed quite fragile and volatile.

Yes, almost every cryptocurrency was hit bad, but Ethereum was amongst the worst affected. There were certain shortcomings about the platform, which hasn’t received any major update since its launch in late July 2015. Hence, the managing body of the digital token, Ethereum Foundation, decided to give a significant update, which comprised several smaller ones and named it as Ethereum 2.0.

So what will the Ethereum 2.0 address? Let’s find out.

This has been a major issue with Ethereum for a very long time. As per the predictions in late 2017, a lack of scalability could lead to severe consequences, which unfortunately turned out to be true. The Ethereum 2.0 update will focus on bettering this.

Vitalik Buterin, the creator of Ethereum, admitted that there is a lack of sufficient privacy in the crypto space, including his brainchild. In a Reddit post from June 2018, Buterin said,

“I’m considerably more pro-privacy than I was a few years ago. A few years ago, my position was closer to ‘in a well-running society it’s probably optimal that everyone sees everything’..”

Buterin further added that he doesn’t trusts “governments and large corporations to have interests that are aligned” with users. Ethereum Foundation has reportedly confirmed that the 2.0 upgrade will significantly improve privacy.

The Ethereum 2.0, or Serenity (called affectionately) update is one of the most awaited ones in crypto history. There have been several rumors accusing that the update will be delayed, but Buterin has been updating the community regularly and has assured the users a couple of days ago that the development is on track and is not even delayed by a single day. He also pinned down the claims that Ethereum is losing the initial momentum in garnered in the market. In a recent podcast, Buterin said,

“State channel and Plasma and ZK rollup devs are similarly steadily moving forward, as are the 1.x rent proposals. The existing 1.0 clients are being tirelessly upgraded to better handle the load of the current chain, with a huge victory a few months ago in dropping uncle rates as well as constant improvements in block propagation. When you’re making a bet on the Ethereum ecosystem, it’s those silent armies you are betting on.” 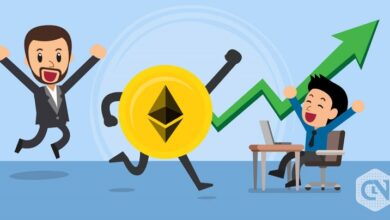 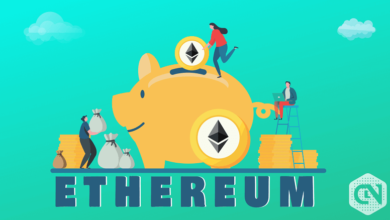