Ethereum Classic is the original sect that follows the same regulations and protocols as established in 2015. While Ethereum has made substantial gains, the ETC has been a lackluster growth in dollar gains compared to its split currency Ethereum. ETC maintains the original history of the Ethereum network and has undergone quite some changes.

Ethereum Classic is a decentralized, open-source blockchain network that offers an ecosystem to use smart contracts known as scripting functionality. A smart contract is created automatically when both parties have satisfied their transaction conditions. This Crypto asset facilitates running smart contracts by offering the benefit of decentralized governance.

Ethereum was first released on 30th July 2015. Ethereum Classic was derived as a result of the infamous flaw hack in the network. A hacker gained access to over $50 million worth of Ether which was crowdsourced by DAO to fund the organization. DAO was known as the decentralized autonomous organization which acted as an investor-directed venture capital firm. After the incident, DAO was quickly delisted and ceased functioning in its capacity as a venture firm in 2016.

Eventually, the Ethereum community voted to perform a hard fork to reverse the theft. At the same time, few people opposed and argued that changing things would be against the idea of blockchain-backed philosophy. Ethereum Classic continued as the original idea, while ETH or Ethereum started on a new path.

Ethereum Classic, on the other hand, has been a frequent victim of 51% of attacks. A 51% attack is a situation where others gain control over 51% of the network’s computational power. It can severely impact the growth and plans of this sect. The only good news in being, the last 51% attack on the ETC network happened during 2020. However, their Thanos upgrade released on 28 November 2020 has turned the tables and has been effective in preventing further 51% attacks.

ETC has risen over 1100% since the beginning of 2021 and touched a high of $175 on 6th May. It is currently hovering near the 30-day moving average and seems to be in a consolidation stage. 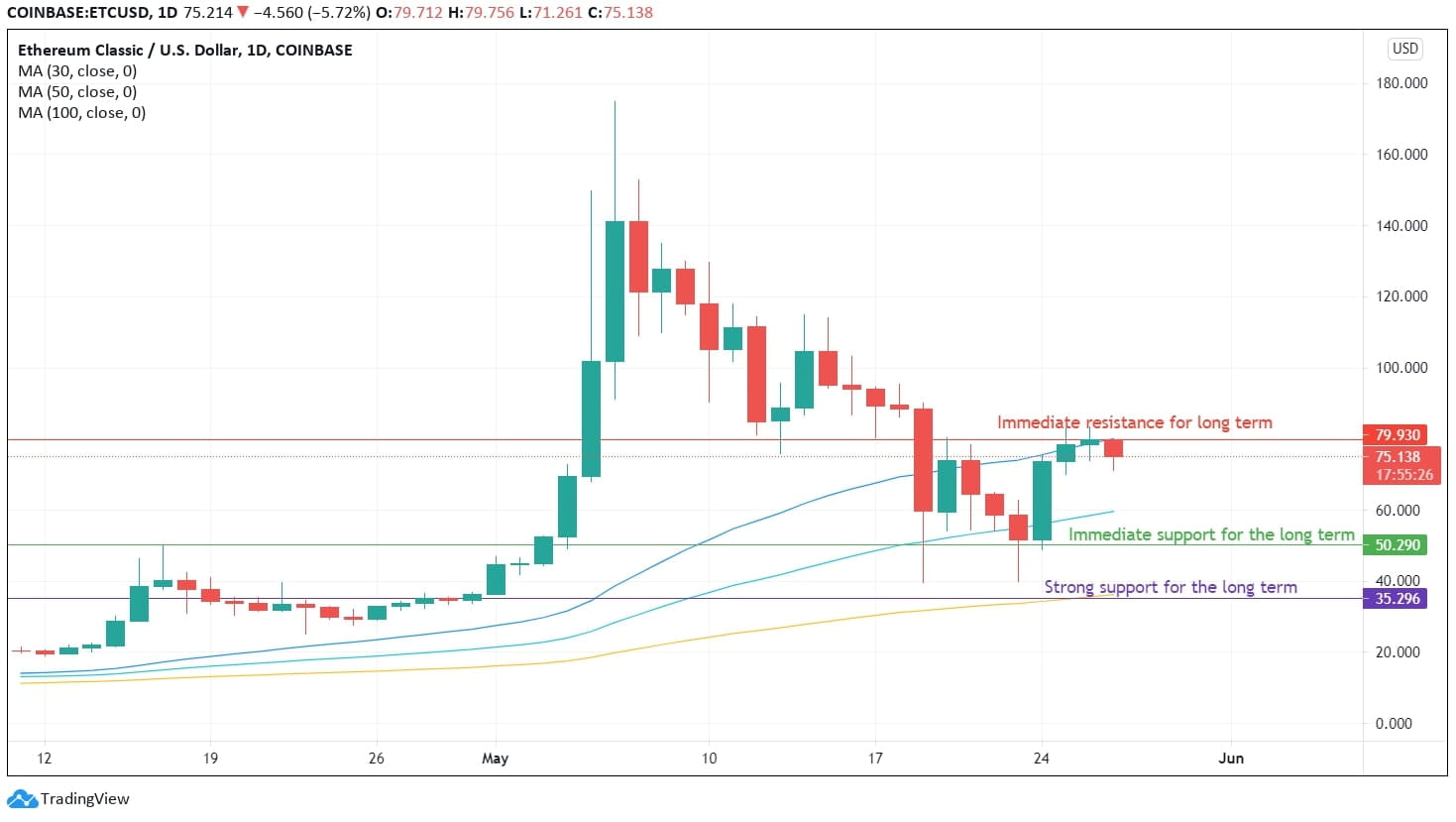 It is uncommon to witness such strong support in terms of moving average. We found the previous high of $175 was unsustainable given the massive gap between the moving average lines. For the time being, ETC seems to be consolidating before breaking either of the 30 or 50 DMA to extend a clear picture of future movement.

As long as this cryptocurrency trades above its 100 Day Moving Average, it would be safe to assume a green signal in the coin. But purchasing the coin for holding purposes could be risky since it is trading at twice the value of its 100 DMA. Until the 100 DMA moves close to the actual traded value or vice versa, maintain a short holding position playing between the immediate support and resistance. 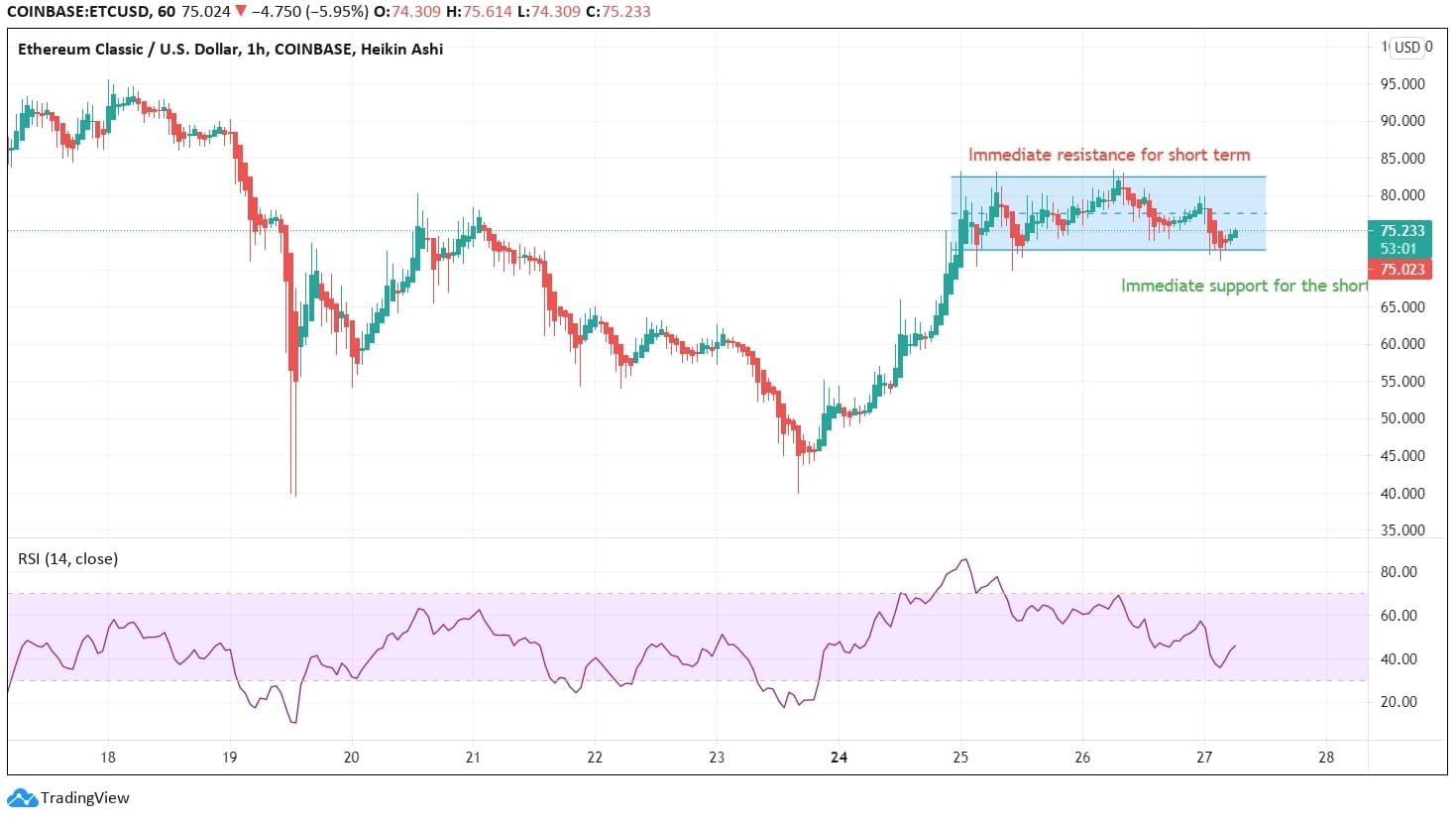 Heiken Ashi is among the best chart patterns that help understand the momentum in the stock prices without any reference point. Here in the ETC counter, we are witnessing strong consolidation around the 30 Days Moving Average. It brings our short and long-term view of this cryptocurrency to the same levels. However, the range of consolidating here is quite small, and if it takes support from the mentioned immediate levels, Ethereum Classic can again try to cross $80.

RSI indicator is also indicating the immediate short-term support is in play since the indicator moved from oversold zones towards the neutral domain. As per the latest pattern, it can reach the oversold zones before ETC witnesses some consolidation or breakout towards the $100 milestone.

Considering the impact of the Thanos upgrade on deferring the 51% attacks, we can expect a sharp turnaround in the underlying price of Ethereum Classic, should the broader crypto market trading organizations sustain the possible regulatory impacts. Click here to get more information about ETC Prediction from crypto experts. 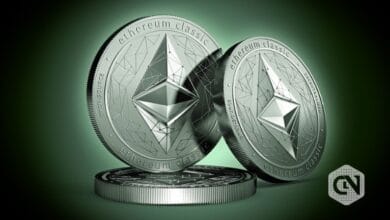 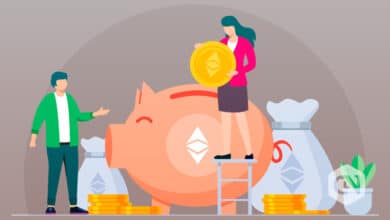 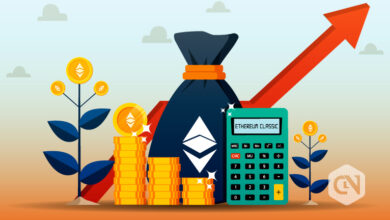