In the war, better good vs. better, Ethereum might have taken a giant leap with its movement towards proof of stake validation. While ETH simultaneously lost just 35%, Ethereum Classic’s price slipped by over 55%. The growing difference, even after the expectations that miners will be heading towards ETC, isn’t helping the outlook any better. Ethereum Classic currently holds decent ground with a market value of $2.57 billion, which is 70 times smaller than its split personality, Ethereum.

Modern challenges require a modern approach. While proof of work blockchains are supposedly more decentralized as chances of anyone controlling the blockchain single-handedly are very small.

Despite the benefit it offers for mining, the energy consumption of proof of work cannot be ignored. As such, it’s hard to differentiate whether ETC has growth potential in such a scenario or it’s headed for doom. Only the buyer’s behavior toward this coin will decide this key transition possibility. 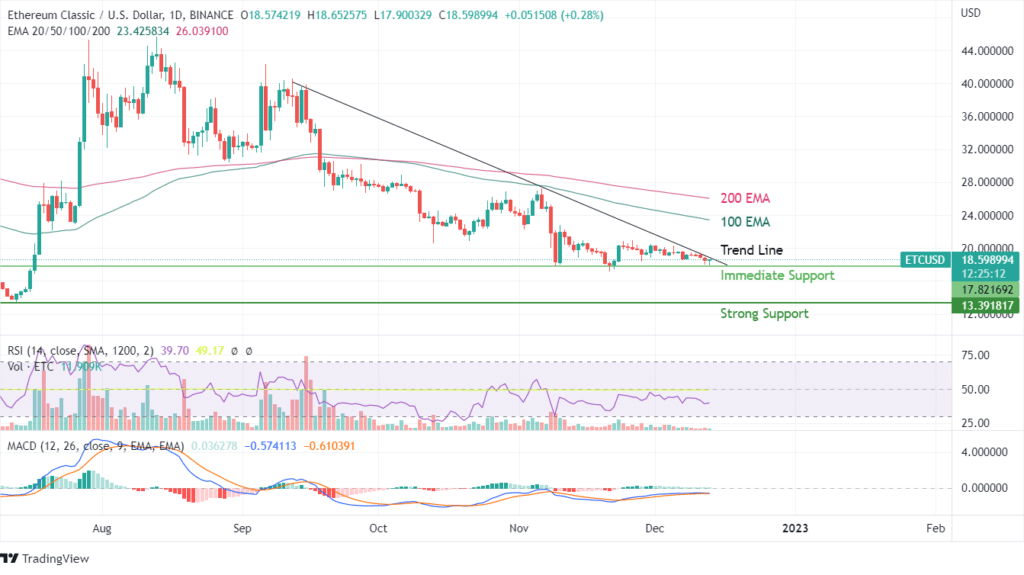 Ethereum Classic blockchain has been underperforming as markets turned negative in September 2022. While the value showcased no stopping, the drop hasn’t yet been taken advantage of by any buying rallies. The lack of spiking transaction volume highlights the possibility of buyers expecting further decline in this token.

Before the August rally, ETC touched a low of just $13. Hence, because of lacking a buying spree, resistance to the cryptocurrency is non-existent. The rejections at $44 highlight a profit booking stance, but this token has lost only 46% value year on year, while its split personality ETH declined over 65% in the same duration.

Both the key technical indicators, RSI and MACD, refrain from a positive or negative outlook; the idea of consolidation has limits. The trend line since September 2022 till date has been under decline. However, as the ETC price is trading near the long-term support level of $18, a breakout can be possible in the coming days, as per the Ethereum Classic price prediction.

Failure to make a positive mark could bring a darker future for this token in the coming time. Both the 100 EMA curve and 200 EMA curve are on the decline, with current values being $23.4 and $26, respectively.

A boost of 25 to 40% boost can turn the tables for Ethereum Classic, but buyers should wait for a breakout projection before entering this token at current values. The probability of a prolonged consolidation cannot be ruled out. 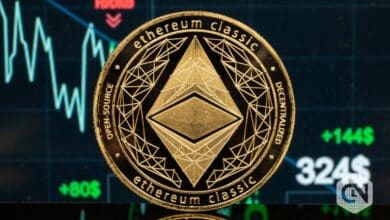 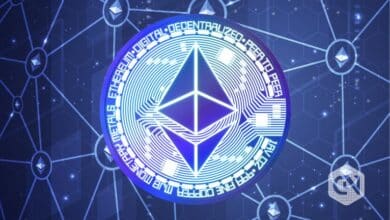 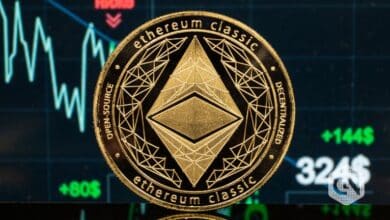 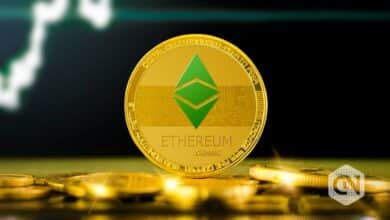