The bull run on the Ethereum network has nothing short of surprising. It wasn’t expected that ETH would retest the $4000 levels so quickly. The fundamental potential on the Ethereum network was the only thing that helped scale smart contracts to become a commonly known term. Ethereum, at its peak value of $4033, was valued at $472 billion.

Unlike Bitcoin, Ethreum developers didn’t want to revolutionize the legal tender status of fiat currencies. Rather their visions were towards capitalization the growth potential of decentralized applications. Their main highlight was pioneering the smart contract technology that helped realize the founder’s vision of developing a computer network for the entire planet. This is roughly true since there are thousands of decentralized blockchains working on Ethereum networks and taking validations in ETH.

Another amazing achievement of Ethereum is that it supports over 280,000 ERC – 20 tokens. Currently, there are 117 million ETH coins available in the circulating supply. Ethereum has finally awoken from its slumber of last one week and marked a gain of 5% on both 24 hours and 7 days charts valuations. 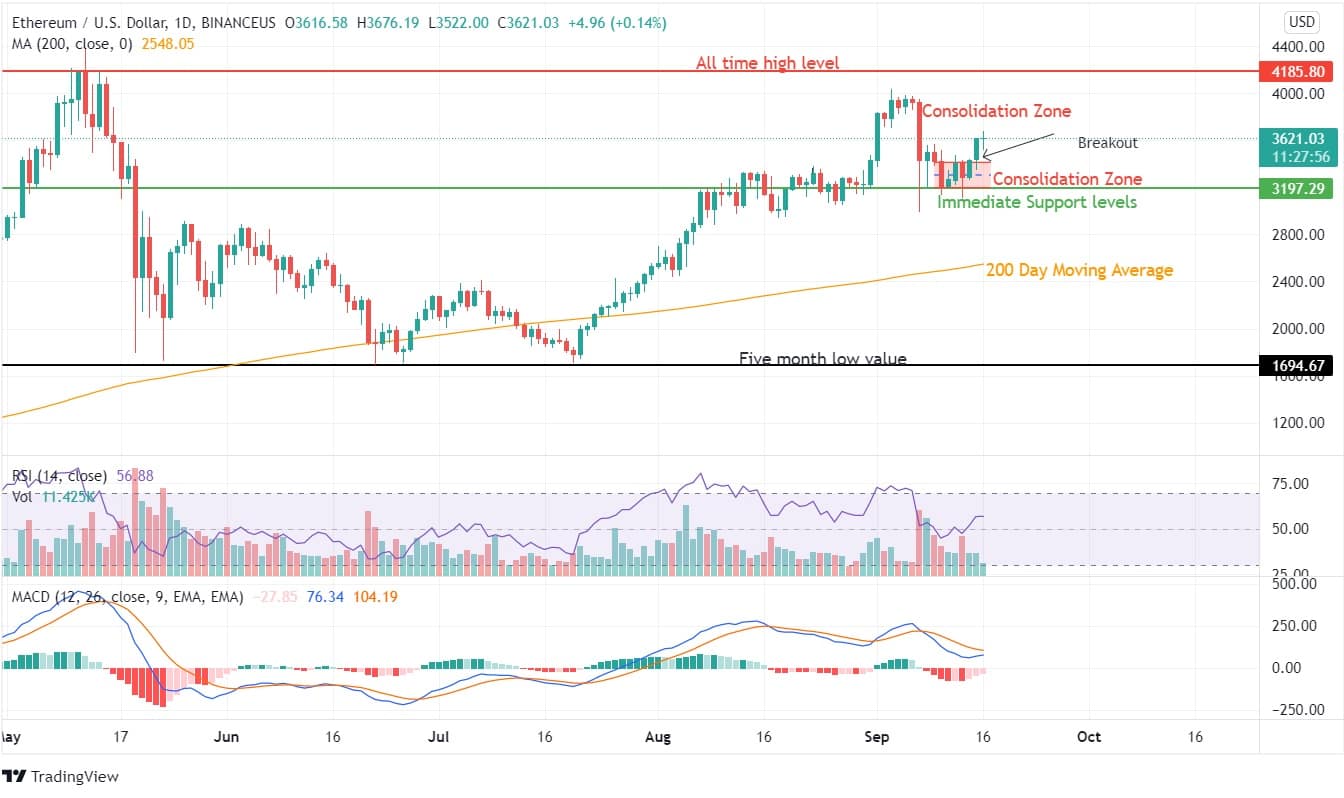 After holding on to its gains from a support level of $3200, ETH was seen consolidating. Historically 80% of consolidations of Ethereum have resulted in a decent breakout. This phase allowed investors enough opportunity to make an entry before it takes off to create a new all-time high value even beyond the previous level of $4382.

The breakout candle was pushed by 5% more on the previous day. Coming out of a tight trading range has helped create a buying sentiment. The resistance in terms of swing levels comes out to be at the $4000 – $4200 range.

RSI has moved up to a great extent and initiated a bullish movement in the near term. Volumes, however, have dropped since the falling candle of September 07. The MACD indicator on daily charts is close to giving a clear bullish crossover pattern, which has always pushed ETH valuations to above 10%.

The current day candle of September 16 is uncertain given the wicks on both sides, but there is a higher probability of ETH trading to new highs before the end of 2021. 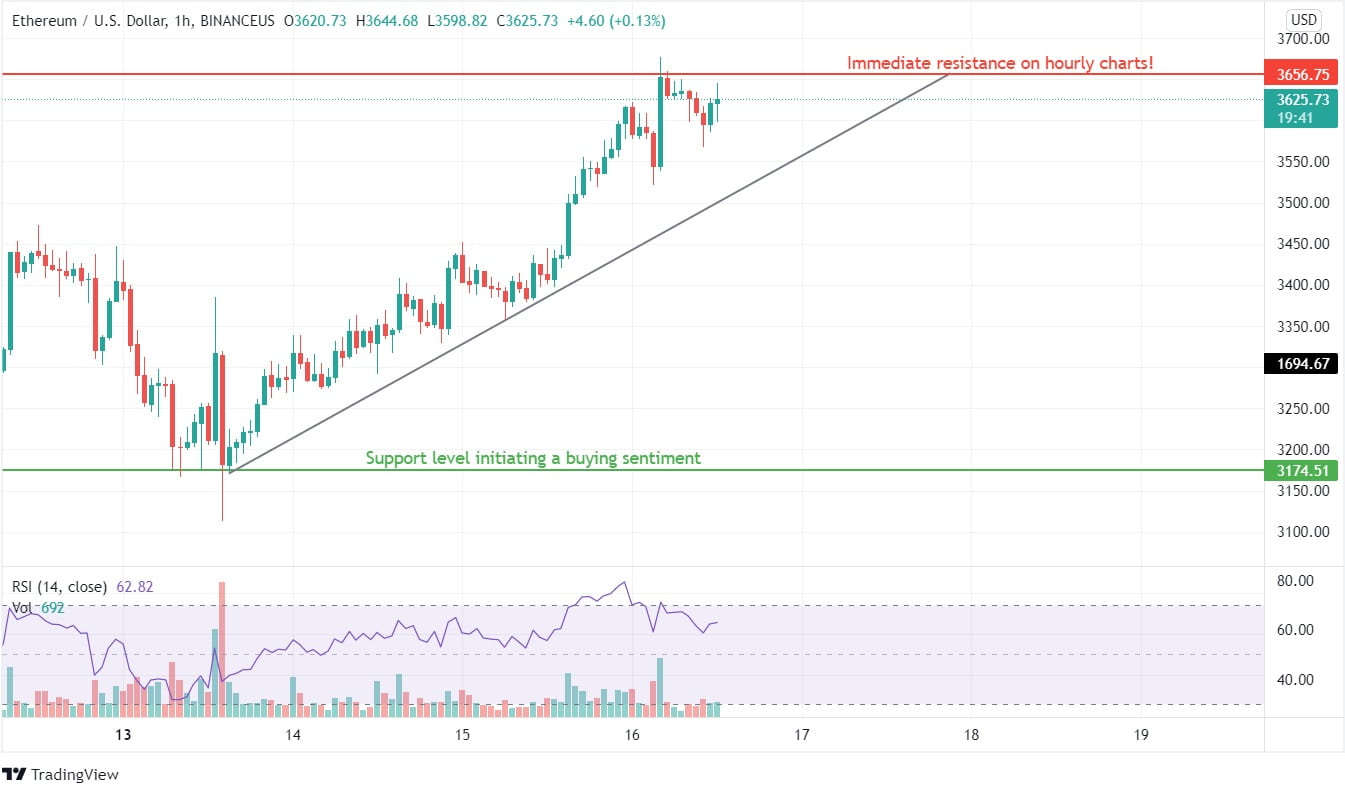 ETH on hourly charts has jumped from the $3200 levels to $3600 without any sign of weakness of consolidation. At the current momentum, it will be retesting the $4000 levels in no time. On a calculative basis, the distance between $3630 and $4030 is just close to 10.10%, which can be achieved in two trading days.

Based on our Ethereum price prediction, buyers will more likely be holding on to their digital collection of ETH as the expected targets of $5000 will be on the mark once it crosses and holds the $4000 mark. RSI on hourly charts is immensely positive, trading at a level of 63, which indicates the level of buying happening even on smaller time frames.