Ethereum has been dropping with a bearish bias for the better part of the day. Recently, the coin has stopped the price decline as it consolidates between the 0% and 23.60% Fib level.

From here, ETH coin managed a rebound above the 50% Fib level but again corrected down to 0% Fib level. Recently, Ethereum has started to uplift the trend yet is still below the 23.60% Fib level.

SMA lines have formed a Death Cross today, noting a negative sign for the coin. MACD chart, meanwhile, is in the bearish zone with its MACD line on the upside. RSI is at 44, showing no extremities.

CryptoLaw Founding Partner Shares His Insights on How EOS, Facebook Have Dealt with US Regulations 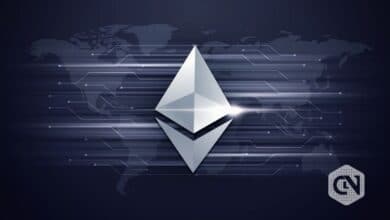