Co-founder of Ethereum Vitalik Buterin and similar lawmakers group have asked the South Korean government to restrict the blockchain industry. They believe that the existing laws are highly restrictive and will hamper innovations.

Reports say that the Buterin spoke about the matter during the South Korean parliament meeting.

Vitalik Buterin Statement at the meeting notes that blockchain basically is a technology which can be executed without cryptocurrencies. However, there is no such crypto without blockchain. Public blockchains heavily depend upon cryptography. Therefore, cryptocurrencies are truly essential.

Buterin: Blockchain and Cryptocurrencies Are Interconnected

Vitalik Buterin was responding to the South Korean governments stand over blockchain and not bitcoin. South Korean authorities have tried to promote blockchain, meanwhile damaging cryptocurrencies and prohibiting IOCs.

Further Buterin informed that cryptocurrency and blockchain are highly interconnected and difficult to separate them. Apart from this, he mentions that ICOs which had noticed various scams are now starting to restore their base image.

He said that ICOs have definitely improved and will continue to improve in the days to come.

Buterin says market slowdown was good for the industry

Adding more, Vitalik Buterin mentioned that the latest crypto winter has been nice for the industry because it has chased out the cheaters and announced which long-term projects are available.

“The recent crypto scandals and markets recession have (uncovered which projects) turned out to be scams and which projects are going to be sustainable.”

Under the liberal President Moon Jae-in, the South Korean government has prohibited ICOs and open crypto business of tax breaks due to the exposition of the number of high profile crypto related scams. 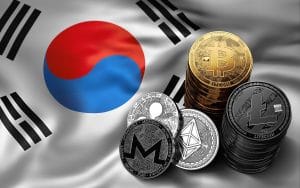 This is an opinion acknowledged by the founder of Reddit Alexis Ohanian, to a source.

Ohanian informed bitcoin investors in February 2019 that they should not be upset over the extended bear market because the large elimination was great for the long-term health of the industry.

“The speculators have fled, and that’s great. Because the people who are now building on crypto are true believers. They’re actually building the infrastructure that it’s going to take to really make this happen.”

U.S and France urge governments to adopt blockchain and cryptocurrency

The lawmakers of France and the United States at the same time are requesting their respective governments to start adopting the emerging blockchain and cryptocurrencies, saying that these innovative technologies can strengthen their economies.

Reportedly, two members of the French Parliament need the nation to make an investment of 500 million euros in the blockchain based programs so as to make France as a blockchain nation.

Similarly, the pro-bitcoin lawmakers of the US have launched legislation which is designed to increase the adoption of crypto in America.

In December 2018, Congressmen Darren Soto along with Ted Budd issued a joint statement by highlighting the serious potential of blockchain and cryptocurrencies.

They said that the digital currencies and the essential blockchain technology have a profound impact to lead the economic growth of the country. That is why we must make sure that the United States is on the first position regarding the technology.