Ethereum is not something one should ignore straight away. Be it the battle of smart contracts or mining-based cryptocurrency, the returns offered by ETH far exceed other cryptocurrencies. ETH now eyes the golden number of $5000, which will be its first step towards $10,000. Despite maintaining its second position in terms of market capitalization, it has grown by more than 500% in just 2021, which is more than four times the gains offered by Bitcoin.

The wonder of our time might be far from reach, but ETH is climbing to such high levels within a year, releasing back-to-back upgrades, and its move towards going PoS has really shaken the crypto world. With currently using both PoS and PoW, the prices have made a new all-time high, imagining the potential of this cryptocurrency once it makes a successful transition to PoS will be groundbreaking.

ETH holds a combined market capitalization of above $556 billion with a net circulating supply of 118 million tokens. Whether or not the transition to PoS will be beneficial for ETH miners cannot be ascertained. Still, one thing is clear progressive steps to erase its shortcomings add tremendous value to the blockchain of Ethereum.

Ethereum cryptocurrency has been consistently moving upwards in the wake of its inclusion of PoS validation. Consistently marking a new high with each swing highlights the tremendous potential of this cryptocurrency as there are no resistances to clear either any profit booking scenario in place. 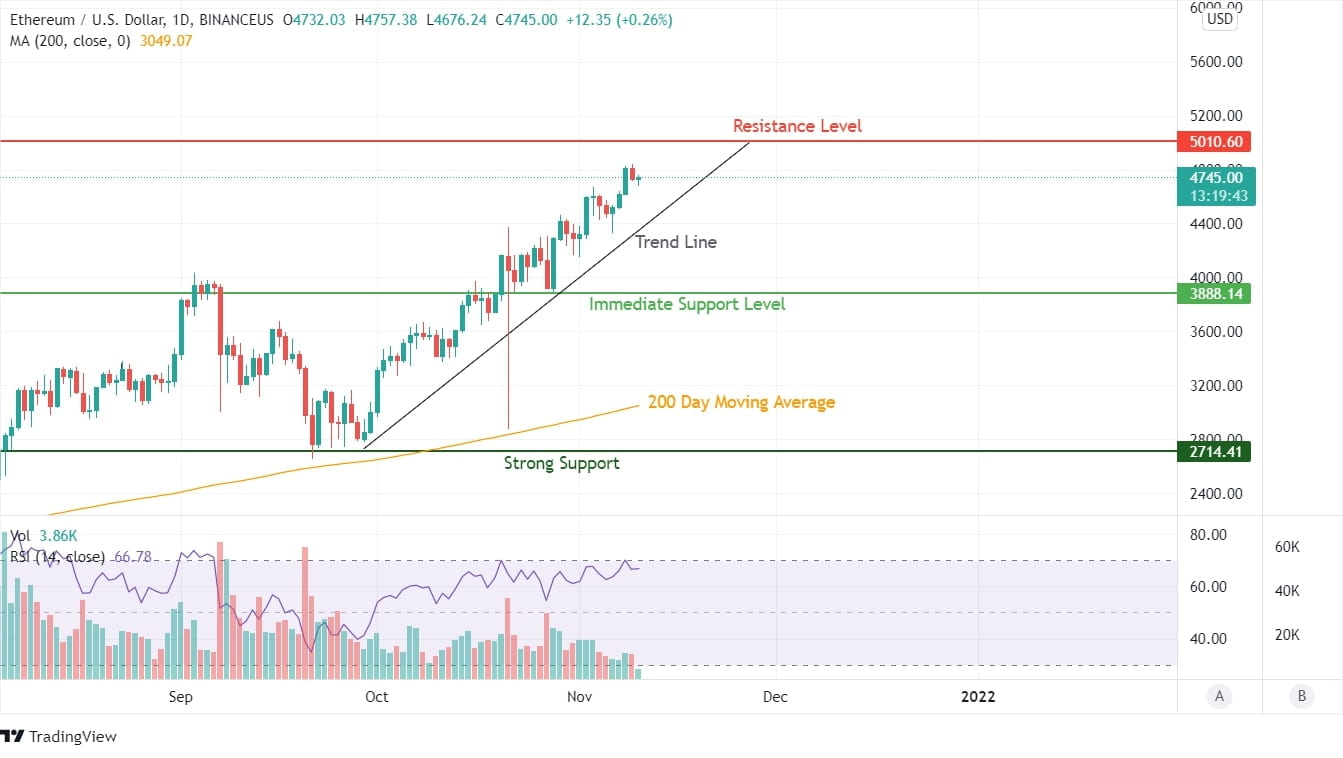 ETH’s jump from $2700 to $4840 has been mesmerizing to the witness. Considering there to be no immediate or long-term resistance but a psychological level of $5000 to achieve, it will be very interesting to forecast the further possible price action on this smart contract leader in the near term. According to the trendline it has been taking support from, $5000 is an achievable target that should be realized within November based on Ethereum price prediction by experts.

The RSI levels have been moving towards a bullish range of above 60 since the beginning of the movement in October 2021. A fallback of profit booking should be limited to the $4500 levels since investors are eyeing a larger target of $10,000 in the coming months. Volumes, however, have seen a steep drop as compared to the transaction volumes witnessed in September 2021. 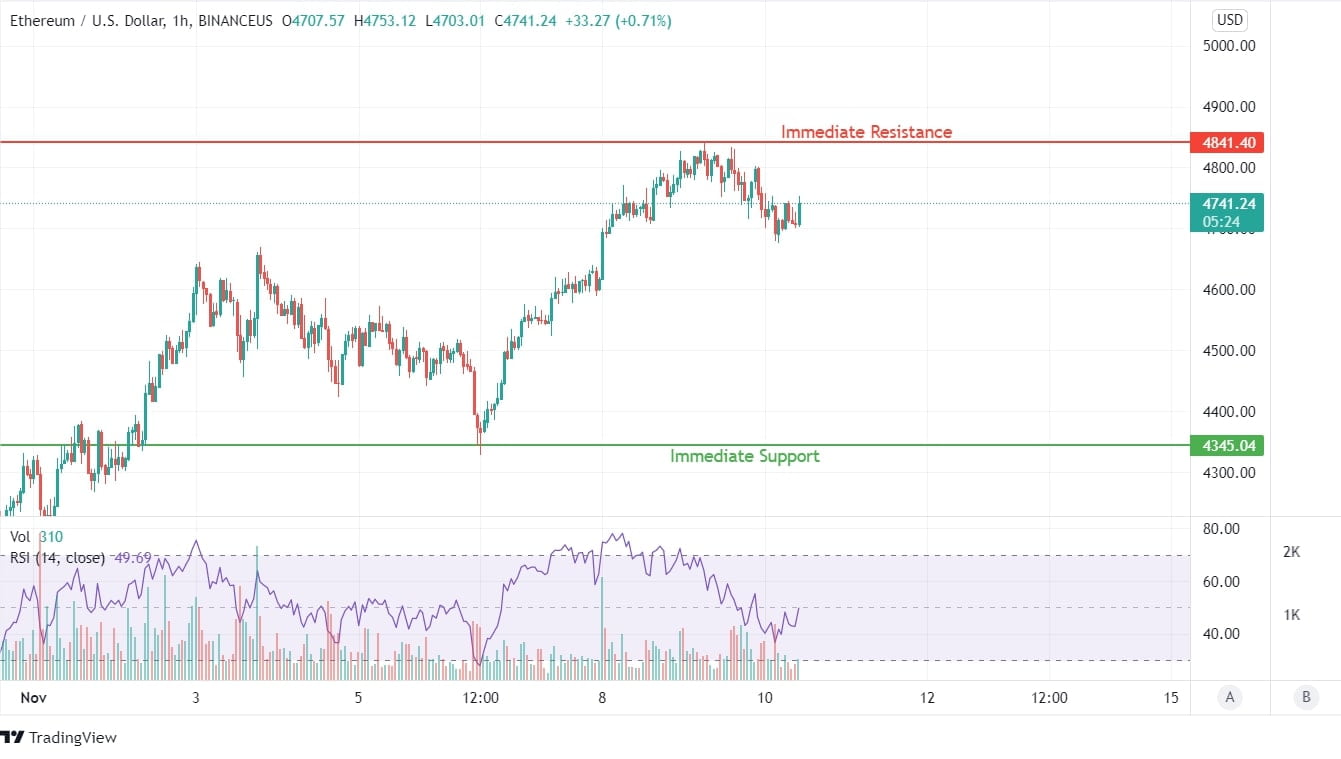 The hourly charts present a deeper clarity on the level being turned into support and resistance. We can witness a profit booking negative stance being developed around $4850 levels. Furthermore, immediate support can be seen active at the $4350 level, which helped the fresh leg of a positive stance. RSI on hourly charts indicates some weakness as the strength index fell from overstrong levels of 80 to neutral levels of 40.

Will Ethereum Sustain Its Dominance Over New Projects like Evergrow and Firepin?

Will Ethereum Continue to Overpower Its Competitors in the Future?

ETH is Now “One Step Closer” to Ethereum 2.0

Where Can ETH Price Go After Ethereum’s Ropsten Test Merge?