Ethereum is the second-largest cryptocurrency in the world right now, with a market cap of $365 billion with a value of $3119 as of August 10, 2021. Over the last seven days, the ETH price has climbed by over 24%. Similarly, the bullish momentum has been retested as Ethereum broke its immediate resistance at $2880 and went ahead to climb the $3122 levels, that too with retesting of the immediate resistance, which has now turned into its immediate support levels.

On the downside, the strong support is active at $1800 levels, and it is unlikely that ETH will retest the $1800 level before retesting its all-time high value of $4382. For now, this up move should move ahead to retest the higher resistance levels.

There will be some retracements on their way to retest its all-time high, but that should not dissuade buyers. The right time to buy Ethereum might have been missed, but that doesn’t translate the current value as overpriced. We can still expect a decent upside movement of above 40 to 50% in the short term. While the risk in the short term is less than 50%, which sounds like a good trade setup. 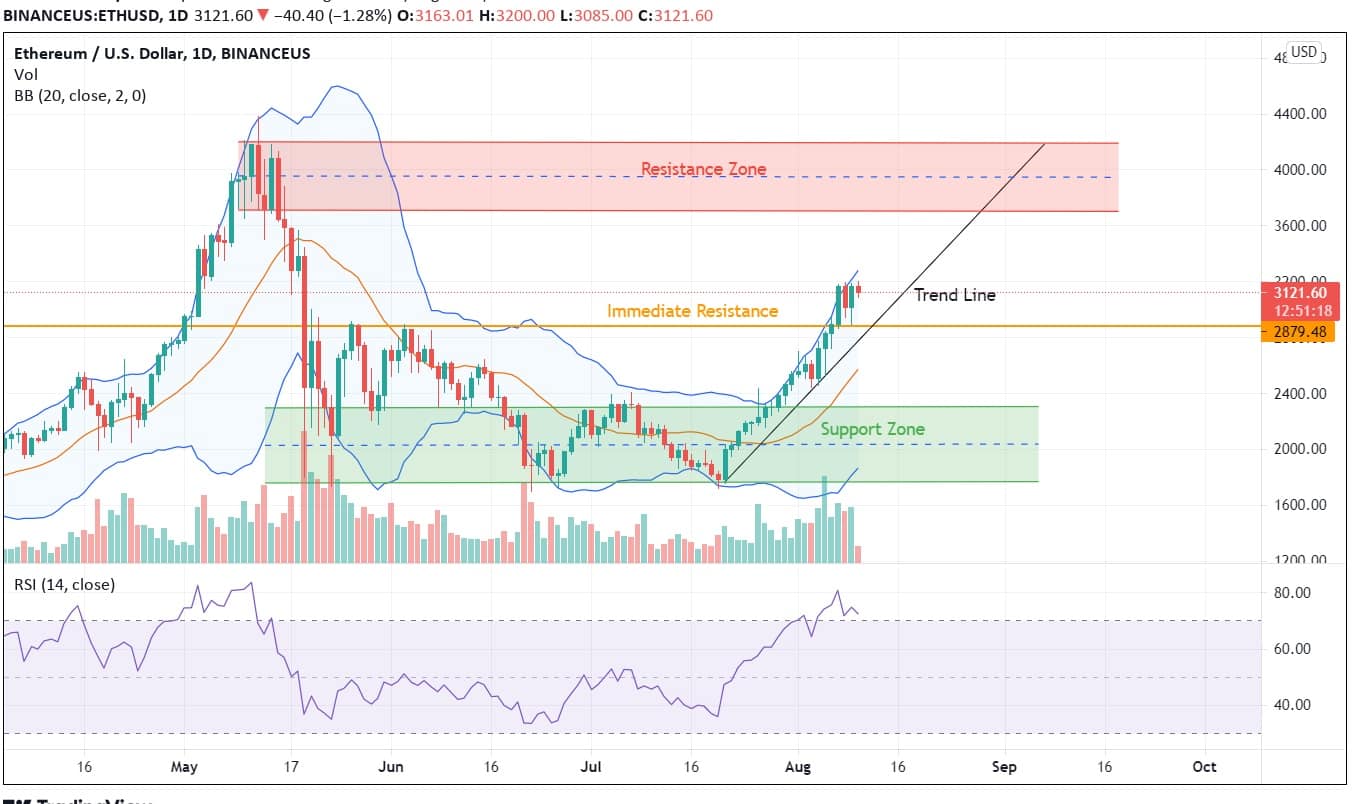 Ethereum has shown a very positive price action and a much-awaited relief to investors who bought it at higher levels. Such price action is indicative of a long bullish sentiment that can push ETH beyond the last high. We can expect Ethereum to face some difficulty in crossing the resistance zone, but for investors buying at current levels, there is a lesser chance of making huge profits than those who bought under $2000.

On price analysis, we expect some weakness near its all-time high. On a support basis, we expect support around the $2500 level, which carries a decent risk to reward ratio for investors at current valuations. Since RSI is trading in overbought zones, we can expect some retracement to the tune of 10%, but it will be difficult to predict the next price momentum after the retracements. Given the positivity, we expect the attachments to be broken again with a full swing up move. 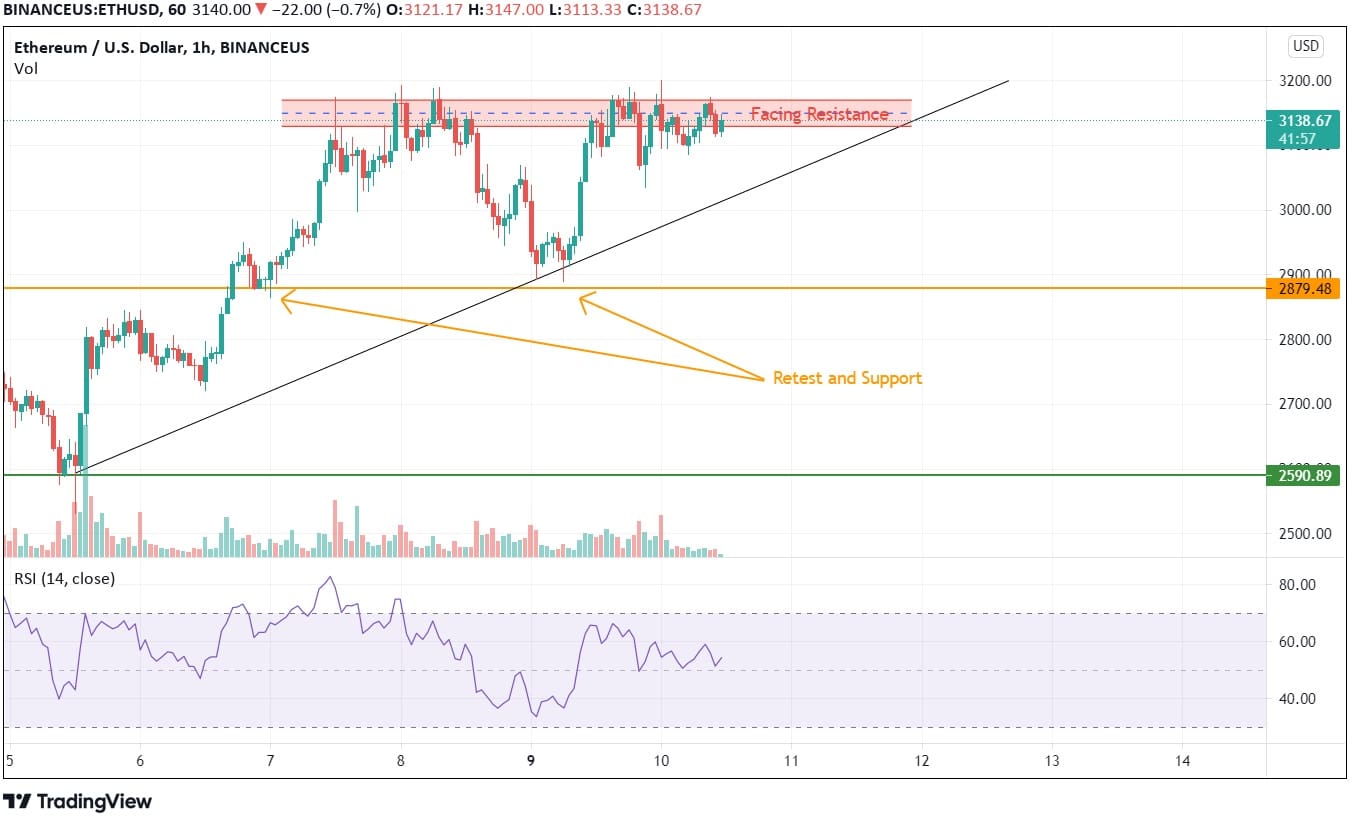 Ethereum has taken support from the $2880 levels on two incidences and comes out as a support level for hourly trading backed by its 100 days moving average that comes around $2570.

As per our Ethereum forecast, we expect ETH to consolidate at the resistance zone before expecting a breakout. As long as it respects the trend line drawn on daily charts, one should remain invested even for shorter trades. RSI on hourly charts is in the neutral zone of 55-60 that indicates buying and selling simultaneously. Such price action warrants a lesser probability of sudden profit booking.

Will Ethereum Sustain Its Dominance Over New Projects like Evergrow and Firepin?

Will Ethereum Continue to Overpower Its Competitors in the Future?

ETH is Now “One Step Closer” to Ethereum 2.0

Where Can ETH Price Go After Ethereum’s Ropsten Test Merge?