Ethereum has taken the bullish call recently, resonating with BTC’s price rally. Notably, the coin has been recovering weakly since the last few days, but it is yesterday when the bullish momentum has been proactive regarding ETH’s price.

Around a week ago, the price had dipped below $100, forming a close at $95. From there, the coin has gradually paved the way for a further upside trading as it has reached well above $130 from $95 over the last couple of days.

Yesterday, ETH opened at $118.79, and it remained in the same range for a few hours. An initial and gradual rise took the coin above $140 at $18:00 UTC, and here it consolidated till the coin closed the day.

In the last few hours, the currency has spiked sharply. The coin reached above $151 to find resistance there. After a few corrections, the price of Ethereum has reached at $148 at 09:14:29 UTC.

RSI and MACD are totally in the bullish zone right now. The way ETH price is well above the EMA line, it shows its current positive approach. The coin is likely to form a few higher highs if the uptrend remains intact.

Additionally, Ethereum holds a bullish picture when it comes to moving averages. Meanwhile, as per the technical analysis & ETH prediction, the opened Bollinger bands indicate possibilities of further volatility. 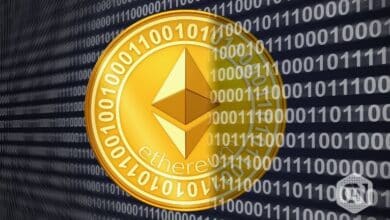