The crypto market capitalization reached $1.92 trillion in September, with a rise of almost 4% compared to the previous trading sessions. The volume of cryptocurrency is also rising.

Ethereum (ETH) is a cryptocurrency owned by an Ethereum platform traded using the decentralized application networks called ‘dapps.’ As of May 2021, it is the second-largest crypto next to Bitcoin. It has a market cap of roughly around $354.15B with a circulating supply of 117.74M.

After the plunge of June and July, ETH has made a “W pattern” on the daily chart. From March 25 to May 12, the broader range analysis has given a maintained on continuous uptrend channels making higher highs and ended up at $4384, which has been noted as 52 weeks high of ETH. The next break out from the $2334 level has given a rise for Ethereum till $4000 swing high.

Data from the technical chart the last week show that the coin has maintained a rise of 1.59% on Wednesday and tried to recover Thursday’s losses. The Doji formed on the chart of September 29 has initiated an uptrend which is continuing. Today it has traded on a green candle for the day in a range between $2967 -$3115. As of IST 13:00, ETH tested $3087 by breaking the resistance of $2924.the second resistance level of $3030 was also tested on the same day with a market volume of 41.334K.

RSI on the daily chart is around 48.93, which has entered into buying zone. And on the MACD chart, the MACD line is about to cross the signal line, which will soon happen if Ethereum is bullish for the upcoming trading hours.

Ethereum has managed to give around 4% return for its traders over the last week. EMA, along with other indicators, shows strong support for ETH in further up move, which is a good sign for Ethereum enthusiasts. A short time uptrend is continuing for crypto after the last swing low sustaining above $3174 will be a confirmed sign for traders to test the next major resistance level of around $3780. Considering the technical chart set up, traders can look forward to a short-term buying opportunity in ETH as per our ETH price prediction.

ZilBridge Goes Live on the Mainnet 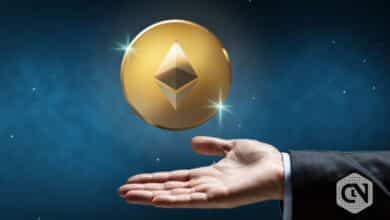