Ethrone recently announced the integration of Chainlink Keepers on its Ethereum mainnet. The integration will see Ethrone automating its daily price distribution and commencing/closing the game rounds.

It will help the game’s engine to operate autonomously and securely on-chain without any manual interference. Chainlink gained more users with the announcement, making users look for a Chainlink price prediction.

Ethrone stated that it makes sense to use Chainlink Keepers for a decentralized prize distribution experience. Numerous billion-dollar ventures have tried and tested Chainlink’s node operators. Moreover, several industry-leading smart contract apps have used Chainlink even amid record-breaking volatility and network congestion without a hitch.

Chainlink Keepers will facilitate a smooth price distribution while starting new game rounds in a trustless manner. In addition, it will reassure users that Ethrone’s game mechanics are and will function as planned.

The game packs simple features and gameplay but requires calculation and stratification to make a fun gaming experience. A tactic can only work multiple times, so players have to formulate new ways to capture the Ethrone every several rounds.

Since it’s a time-based game, Ethrone finds it challenging to execute the dynamics in a decentralized world. The reason behind it is simple; blockchain networks are closed systems that cannot keep up with the real world’s time. That is why using Chainlink Keepers is the best move on Ethrone’s part to improve its game mechanics.

Chainlink offers a smooth integration process, allowing players to enjoy the game without friction. It will implement off-chain computation to assess every game round. In addition, Chainlink Keepers will use Ethrone’s smart contracts to handle the payments and rounds. Thus, Ethrone will stand true to its vision – being a fair, decentralized, and autonomous game. 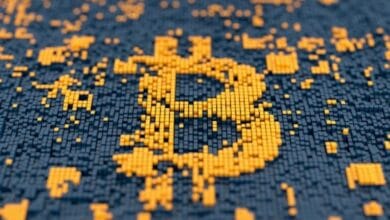 Why Startups Are Front on Bitcoin Base Layer for Building the New Age of dApps?