TRON Foundation never falls short when it comes to surprising its community with exciting updates. In one such development, TRON Foundation has announced the availability of its cryptocurrency TRX on ChangeNOW from now on. The news was shared on Twitter by the Foundation’s official account on 23rd April 2019.

ChangeNOW is a limitless digital currency exchange platform that allows users to swap their crypto coins faster, without any custody. What that means is ChangeNOW doesn’t ask its users to register on its exchange service, it doesn’t store its users’ digital currency funds and nor does it control the crypto assets of its users in any way. Hence, there is an increased safety as well as freedom for users to carry out their coin conversions hassle-freely.

With this collaboration, users will be able to buy, sell and trade TRX. TRX is considered as one of the most liked digital currencies in today’s crypto market, which is easily available on ChangeNOW at best possible prices. Moreover, ChangeNOW has more than 150 digital currencies listed on its non-custodial exchange platform including Ethereum (ETH), Bitcoin (BTC), and Litecoin (LTC). 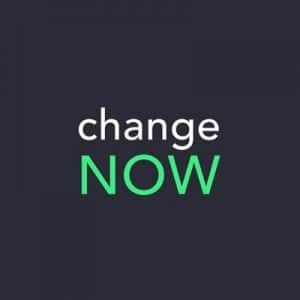 Users can utilize any one of these listed cryptos to buy Tron through ChangeNOW’s user-friendly interface and swift functionality. As per ChangeNOW, the transactions on its platform take less than 15 minutes for completion.

In another interesting development, TRON founder Justin Sun had hinted at a possible partnership between Tron and Liverpool Football Club. Sun in his recent tweet had shared an invitation sent out to him by LFC while stating that he would reveal further details very soon. This had created an instant buzz among the entire crypto community, especially in the fan bases of both Tron and LFC. However, the Liverpool club has denied any such partnership saying it was just an invitation which they’ve sent to many other companies as well.