The Stellar network is a blockchain based distributed ledger network which connects financial sectors, payment systems and people which facilitates low-cost cross-asset transfers of value. Stellar’s cryptocurrency is called Lumens and id denoted with symbol XLM. Stellar is the blockchain, Lumen is the cryptocurrency, and their trading symbol is XLM. Stellar is operated by a non-profit organization and was introduced as a cross border transfer and payment system that connects financial entities. This network reduces transaction costs and time lags significantly. Each transaction is charged a standard fee of 0.00001 lumens. Its primary focus is on developing economies in remittances and bank loans especially for those who are outside the scope of banking services.

Stellar’s works are similar to other decentralized payment platforms. The key distinctive feature is its consensus protocol, which made stellar an open source system. With this protocol, the transaction authentication process is confined to an exclusive set of trustworthy nodes, and it is not available for the whole network of nodes. This approval cycle is instantaneous which makes the transactions faster and transaction costs lower. It also supports a distributed exchange model, where payment can be done with a different currency than the holding currency, and the network does the forex conversion at the best rates. 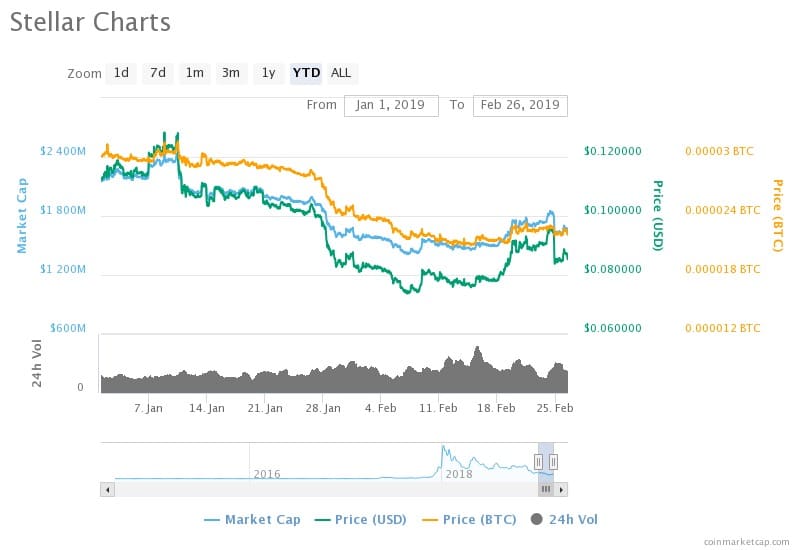 The 14-day EMA shows that the market value is up by 9.05 percentage. Though the EMAs point the cryptocurrency’s market towards bullish pressure, the percentage rise has been inconsequential and hence the market points in favor of the sellers. As per Stellar Lumens Price Prediction, traders who would like to create a long position are advised to remain on the sideline until there are static growth and a significant increase in the market value of the cryptocurrency.

XLM: Is It Possible to Cross the $1 Psychological Barrier?

Stellar Price Marks a Stellar Move; Gains Over 400% in YTD