Facebook launched a payment system, Facebook Pay, which will operate on its platforms, including Facebook, Instagram, Messenger, and WhatsApp. The Social Media site also cleared that it has nothing to do with the platform’s proposed cryptocurrency Libra. In a press brief, the company’s official stated that people had already been using its apps to shop, donate and, send money to each other. However, Facebook Pay will make these transactions easier and will ensure the security and integrity of payment information.

Earlier, the ambitious crypto project of Facebook, Libra, faced a major backlash looking at the appalling track record of the social media site. The lack of trust among regulators and bankers seems to be the biggest factor for this pitiful situation of Libra. At first glance, Facebook Pay seems to be somewhat like Google Pay or Ali Pay, but it will be used only on platforms owned by Facebook, while latter payment options are suited to serve on other apps as well.

Notably, Facebook assured that users would get to choose apps on which they want to opt Facebook Pay. Users can also access payment history, update settings, or manage payment methods. Facebook Pay will have real-time support in the United States, along with a live chat feature. It will be made available in settings on the app or website. For now, it can be accessed on Facebook and Messenger and will be made available on WhatsApp and Instagram soon.

In 2015, Facebook launched a fundraising tool and had processed $2 billion in donations since then. Facebook Pay supports most major credit and debit cards as well as PayPal. It has also partnered with well-known payment gateways like PayPal, Stripe, and others for the smooth processing of transactions. With Facebook Pay, they are continuing to invest in security.

Although Facebook Pay will store users’ card and bank account numbers, it will be encrypted and secured with multi-level authentication to keep a check on fraud, theft, or hacker attack. Users can also add a PIN or use your device biometrics like touch or face ID for an added layer of security. Facebook assured that it would not store biometric information of the users. Not to forget that there are several payment apps out there in the market, and it will be interesting to see how Facebook Pay competes with them. 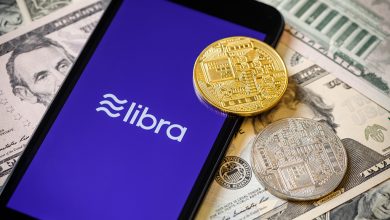