Known as quite a bit notorious personality, Heidi Fleiss aka Hollywood Madam has recently filed a lawsuit against her former friend for allegedly stealing millions from her crypto assets.

Heidi Fleiss is an American columnist and television personality. Fleiss also ran a prostitution ring in Los Angeles, California. Fleiss filed a $4 million lawsuit claiming that her former friend Elizabeth Keatinge has thieved her Bitcoins worth of millions which has disturbed her financial plans. Fleiss explains that she had received a big amount from her father’s estate in 2015. With that money, Fleiss intended to make investments in order to accomplish her aim to preserve the macaw parrot species. Notably, she deeply empathizes with parrots. Fleiss opted for cryptocurrencies to invest her money in. With an intention to put money in Bitcoin she opened an account. She also wanted to Buy a home in Los Angeles with the invested money.

Now, her friend Keatinge came into the picture to assist Fleiss to purchase a home as well as to help her with the cryptocurrency investments. Here, Fleiss says that she gave her friend around $1 million over time to invest in cryptos. In 2017, the ex-Hollywood Madam inquired for the return of her money as Fleiss wanted to capitalize on her investment. But shockingly Keatinge refused to give any money. Not just that but she also did not provide any access to Fleiss’ cryptocurrency account. Moreover, Keatinge kept controlling Fleiss’s cryptocurrency accounts. 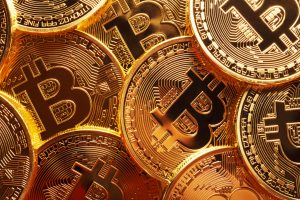 Regarding this, Keatinge argues that the digital currency accounts were a joint venture, while Fleiss declines the argument. Fleiss further claims that Keatinge and her husband are using the invested funds while saying that the funds have been stolen. Fleiss said that this has destroyed her plans and hampered her life work. Fleiss believes that she lost profits on her investment in Bitcoin along with interest.

Here, we can consider that if Fleiss stepped into Bitcoins in 2015, then during 2017 she must have made tremendous returns due to a profitable market. In 2017, Bitcoin was at its best. The Heidi Fleiss case shows that one needs to be careful while dealing with cryptos.