The trade war between the United States and China has been one of the most damaging and problematic global issues of recent times, and currently, there is no end in sight to the skirmish. However, the crackdown of the United States authorities on Chinese tech giant Huawei and the eventual blacklisting of the company has been seen in many quarters as a fallout from the trade war. US businesses are no longer allowed to do business with Huawei but FedEx has found itself in the crossfire of this issue after it emerged last month that it had misdirected two packages from Huawei.

The Chinese company was suitably enraged, but in a fresh development, it has emerged that FedEx returned a package to its sender after the sender had told that the package contained a Huawei phone. This has again drawn the ire of both the Chinese authorities and the company itself. FedEx has claimed that it was merely an operational glitch, but it is unlikely that it is going to wash with the concerned parties. FedEx is also in the process of working out a way to comply with the US blacklisting of Huawei. Last month, Huawei had stated that it had placed its business relationship with FedEx under review due to the misdirection of packages.

The whole thing came to light when the tech publication PC Magazine tried to send a Huawei phone to the United States from the United Kingdom, and FedEx had returned it. After FedEx was contacted by a leading news agency, a spokesperson stated,

[FedEx] can accept and transport all Huawei products except for any shipments to listed Huawei entities on the U.S. Entity List.

On the other hand, Huawei has claimed that FedEx has a ‘vendetta’ against it. FedEx drew a lot of ire on social media websites in China, and in addition to that, the company’s business interests in China could be hurt. The state media newspaper Global Times stated that it could be included in the Unreliable Entities List that is made specifically for foreign companies.

Bitcoin Price Analysis: Bitcoin (BTC) Is No Less Than A Sensational Currency 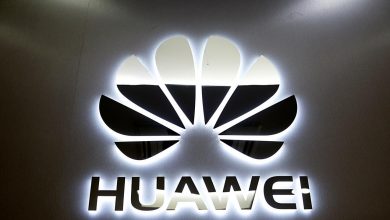