The claim of fame for Filecoin has been barely a year. Although it has been in the market since 2014, this token has gotten significant attention since the last year. The sudden jump in popularity has helped Filecoin hold a place amongst the top 25 cryptocurrencies in terms of market capitalization. March and April 2021 were huge months for Filecoin when the value of this cryptocurrency spiked from under $40 to above $180. The 4x parabolic jump stirred huge debates among investors and crypto enthusiasts.

Ideating and working on problem-solving has been one of the greatest means of gaining popularity and jumping in terms of real-life applications. FIL jumped from $24 on January 01, 202, to a peak high of $188 on April 01. In just three months, FIL gave a return of over 680%, sparking joy in the crypto space. But this trend was short-lived as the power consumption-related issues created a panic selling on the crypto space.

Before its real-life implementation in 2020, Filecoin was described as an incentive layer for the IPFS peer-to-peer storage network. Unlike traditional cloud storage, Filecoin combined data storage with the security of Blockchain. Filecoin essentially is an open protocol that holds participant commitments using FIL, the native cryptocurrency of the Filecoin network.

Unlike the top-tier cryptocurrencies, Filecoin uses proof of replication and proof of space-time to ensure the security of the actual files. Now, Filecoin offers another scope of earning money to validators by using their storage network as a rent-out space. This space would be available in terms of FIL tokens which could be traded amongst developers, miners, clients, token holders, and ecosystem partners. Just Binance and Huobi Global alone witness over 46% of FIL volumes.

Filecoin price action essentially depends on the viability of cryptocurrencies and Blockchain without being censored by authorities for violations. FIL demand would increase with a rise in people searching for remote storage with higher security and trust. Once implemented and accepted by users for its security, FIL will be wreaking havoc for MNC based web storage services, be it in AWS, Google Drive, or any other file storage space. 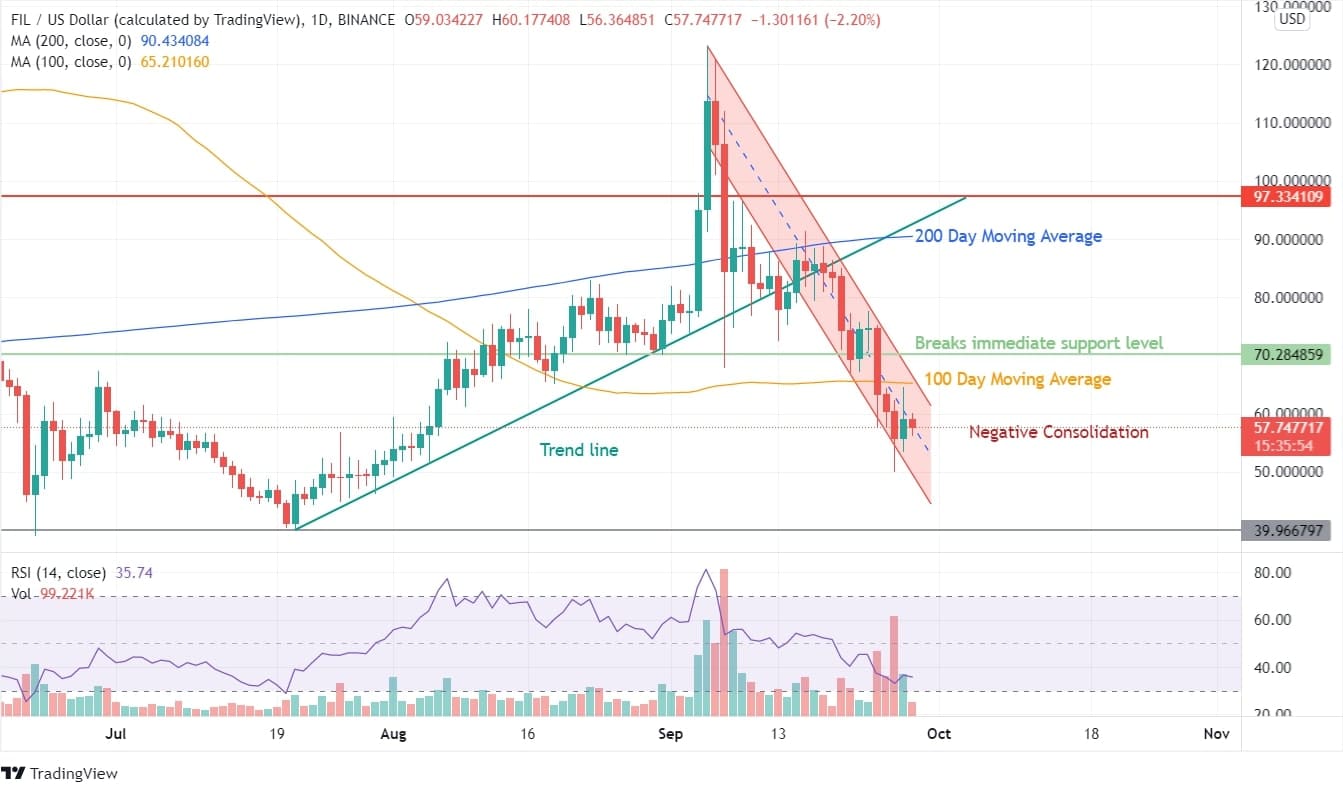 Just in September alone, the Filecoin price has dipped by more than 53%. While $70 was a good level for the price action, things turned sour after the two days of consistent gain marking above 50%. The sudden buying accent was suppressed by a much stronger selling pressure resulting in dissemination of both its 100 days moving average of $65 and an immediate swing support level of $70.

Back to back destruction of support levels has rendered FIL in negative territory, with previous inventors attempting to exit at cost. For any upside sentiment to return, FIL will have to hold its ground above 100 DMA  for a positive view to returning. RSI can be seen falling since the 5th of September without any sign of substantial retracement. At present, the RSI trades at 35 and shows signs of prolonged negative sentiment. 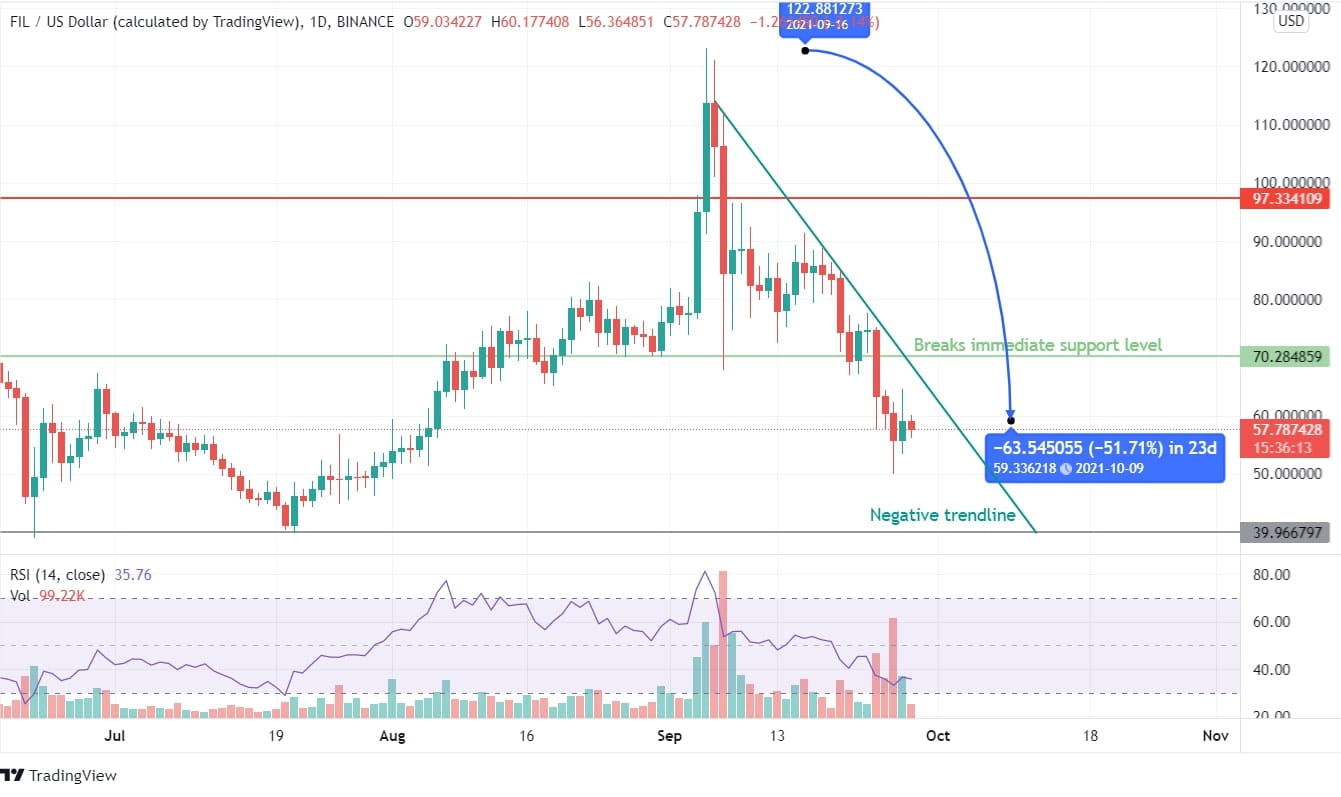 There could be some hopes of retracement if FIL consolidates at the current level, as a narrow movement can be witnessed in the last three days. FIL cryptocurrency has been consolidating, and retracement would begin only after it manages to break the negative trend line. $40 in the previous support level that can incite a bounce back in FIL valuations.

As per our Filecoin price prediction, one should attempt to hold this coin right away and add more if it falls below. There is a good potential in the uptrend prospect of FIL since it has a limited supply of close to 100 million coins.

How to Make Money on the Crypto Market Collapse

Orion Protocol suffered a loss of $3 million on ETH & BSC