Localbitcoins is a cryptocurrency exchange based at Helsinki. It is a P2P cryptocurrency exchange which has recently announced that it will be adding multiple identification processes to improve AML and KYC requirements of the exchange. This decision has been taken by the crypto exchange to become compatible with the new user verification procedure (KYC) recommended by Finland’s Financial Supervisory Authority. FSA has made it clear that it would be supervising the exchange operations.

Localbitcoins is a BTC trading platform which operates in peer-to-peer and OTC Bitcoin trading across almost every big city in the world. A few years ago, the Helsinki operation was famous for privately facilitating trades. That was the time when traders were aiming to convert fiat currency for bitcoins tokens or another way around, but they did not have to go through the KYC processes with other exchanges. However. Last few years have changed the scenario in Finland.

Country’s new regulations and policies have made it difficult for many crypto enterprises to permit people to trade without successfully completing the verification. Last month, Localbitcoins informed its customers of the changes in the operation and trading procedures. Customers of the exchange were informed that the changes are made to fit the compatibility frame of Finland’s government.

The newly introduced 5th Anti-Money Laundering Directive (5AMLD) by the European Union is the reason behind the change. The company said that now it is obliged to follow even stricter KYC policy. As per the blog post of the company on 25th March, the exchange will soon come under the observation and supervision of FSA. The Virtual Currency Service Providers Act will facilitate legal protection to the cryptocurrencies in Finland. It said, “[The VCSP Act] should improve significantly Bitcoin’s standing as a viable and legit financial network.”

It is not just Localbitcoins, but other cryptocurrency changes are under pressure too. Prasos Oy, another crypto-exchange and wallet service provider, said that Finnish banks would not associate with cryptocurrency providers or cooperate. Its CEO stated that  “The risk is that we’ll see our last bank account closed before we can get the next one opened — That would freeze our business.”

Localbitcoins issued a statement saying that in fact, many crypto users and clients of the exchanges have requested the stricter KYC procedure. As per the founder of Localbitcoins, crypto users of the exchange, or the traders will have to go through four layers of verification. The company will be revealing more details on this new update very soon.

The stronger KYC process adopted by the exchange would leave cut the previously available freedom, and they would no more be allowed to trade ‘verification-free.’ 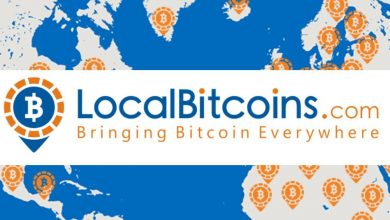