Plaid, a financial technology company, has embarked on expansion in three European nations, as its most recent development. Its products help in interfacing fintech applications with individual’s bank accounts; currently, it serves France, Ireland, and Spain. Earlier this year, the organization made its first debut into Europe with a UK launch.

Plaid is now available in France, Spain, and Ireland in beta! 🇫🇷🇪🇸🇮🇪 Access financial data from the most popular banks and neobanks to help grow your business. https://t.co/kVLWpEilHy

In a recent interview, Zach Perret, co-founder and CEO of Plaid, said, “We’ve been fortunate enough to be on the wave of fintech, starting in the US.” He added, “It’s had a lot of early success in the U.K., despite only being there six months.”

Plaid has selected fintech firms like the accounting app Pandle and budget app Cleo as customers when it launched in Britain. Moreover, it remarks that it serves various presumed challenger banks that work in the UK. Furthermore, Europe has not revealed those banks’ names. Also called neobanks, these are organizations like Monzo and Revolut that allow application based checking accounts and do not have any branches.

Talking explicitly about its new markets, Perret revealed that Ireland has seen great degrees of fintech adoption, with Spain trailing behind it and France somewhat lagging. As indicated by consultancy firm EY’s global fintech adoption index, Ireland’s degree of adoption remains at 71 percent, Spain’s at 56 percent, and France’s at 35 percent.

Further, its investors comprise of venture funding arms of Goldman Sachs and Google parent organization Alphabet, while Mastercard and Visa have additionally supported the firm. Moreover, the organization secured its alleged “unicorn” status following a 250 million dollar financing round reported back in December, with investors valuing the firm at 2.65 billion dollars.

ETN vs. ETF Difference: All You Need to Know 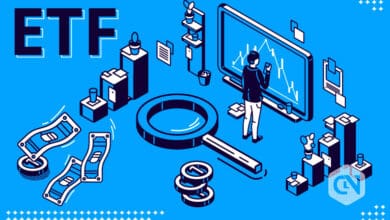