The Poland-based broker operates in France with a Polish license. However, as per the latest announcement, the operator breached its obligations between 2013 (November) and 2020 (February.)

The commission has decided to penalize XTB for three primary breaches, namely.

Hindrances in the customer experience questionnaire

Not registering a technical issue on its trading platform

According to the French Sanctions Commission, XTB discarded major promotional restrictions by releasing specific commercial banners to non-professional dealers. Moreover, it did not include an apt risk disclosure regarding CFDs trading on multiple Google ads.

The commission also found that the many outfits questionnaires regarding user trading experience and knowledge were inapt. The questionnaires’ calculation algorithm was unable to determine whether users had enough knowledge to indulge in margin trading.

The broker even made faulty client categorization modifications, violating the measures implied by the AMF and ESMA (European Securities and Markets Authority) for the sale, distribution, and marketing of CFDs.

To top all this, the commission even discovered several contradictions with XTB France’s general conditions. It did not inform the customers about a technical issue that affected the order execution mechanism.

XTB reserves the right to submit an appeal against the accusations and penalty. The broker broke the silence about the situation and stated that it had undertaken an open communication policy with the AMF. XTB has provided every detail reliably and transparently throughout the screening princess.

The broker recently received the official information from the commission and is analyzing it to undertake further actions.

The First Blockchain Event at the World Expo is Here! 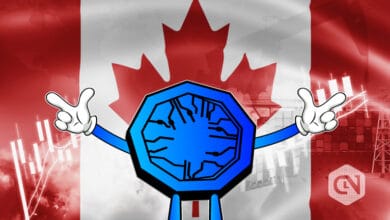