Brought to fame, after the successful win from the lawsuit against Mark Zuckerberg back in 2004 that resulted in 65 million U.S. Dollars compensation for the Winklevoss twins, the two are now eying at the glorious future for their exchange- Gemini. The two brothers- Cameron and Tyler Winklevoss recently pointed at the growth trajectory of Amazon. How it matured into the online giant that it is today. According to recent reports, Cameron Winklevoss while showing faith in the potential of Gemini pointed at how it played out. Crypto industry is still in its formative years, and they are only a ‘couple of years into the journey.’ You can also check the detailed Gemini review for more information about whatever other features and services the platform offers.

The brothers also mentioned about the Facebook Coin. It is interesting to look at how the two twins got recently involved into the crypto sphere in 2012, and how they have managed to establish one of the best crypto exchanges Gemini, and how they are now rolling out plans to launch Facebook coin. After getting 65 million U.S. Dollars (20 million U.S Dollars in cash and 45 million U.S Dollars in Facebook shares) from the lawsuit against Mark Zuckerberg, the twins decided to invest the money into the growing cryptocurrency industry. This investment turned out to be a sound decision as it has landed the two to become the biggest BTC Billionaires. 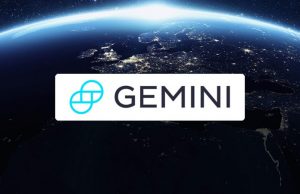 The two brothers also pointed at the bear market-trends which is giving constant jitters on the crypto sphere. According to Tyler, although they don’t keep a tiring consistency on price check yet, they are doing better.  Further, Cameron suggested that since any investments in the crypto industry are highly subjected to market turbulence, anyone who cannot deal with the price fluctuations should rather steer clear from the challenging crypto roads. Cameron expressed his strong belief in Gemini to become a great success as Amazon when he said that Gemini would be as successful as Amazon in ten years. To know more about the crypto exchange in Canada, one can visit here.

On the topic of Facebook investing into the crypto sphere, the twins seemed to be quite chilled out when Tyler said that it is ‘Cool’ and Cameron said that he finds it a “really positive thing.” Also recently the two brothers were found to be projecting good vibes around this topic. As per the reports, expressing his views on the cryptocurrency industry, Cameron said-

Crypto is transferring value and putting markets on certain resources which … brings more people in, like, than, like, sharing photos right. Which is powerful. People want to connect and stuff, but if you actually pay people and things in value that’s almost … more significant.

EOSfinex: a high-performance trading platform where all major exchange functionality is on-chain!

Bitfront to shut down by March 2023