Do you ever get the feeling that you’re missing out? You’ve noticed that the market is booming and impressive new projects are launching left, right, and center — but you’re not getting any of the action?

Well, that’s the case with the vast majority of cryptocurrency investors, who are resigned to purchasing newly launched assets on public exchanges at a potentially massive markup compared to what the early-stage investors paid (we’re talking seed, private sale, and IDO participants).

With dozens of projects, protocols, and NFT drops producing impressive returns for their investors, a wave of new platforms have come along to help make accessing these opportunities as fair and democratic as possible. They’re known as launchpads, and they’re the gateway to the early-stage project space.

Here, we take a look at the three platforms leading the charge in this space, to help you better spot and capitalize on the next big thing early on.

If you’ve been following the developments in the Polkadot ecosystem in recent weeks, then odds are you’ve come across Polkadex — the project building a much-hyped order book-based DEX being built on Substrate.

But what you might not know is that the team behind Polkadex is also building a powerful IDO platform that will allow users to securely access early-stage Polkadot ecosystem projects through a decentralized investment panel.

The Polkadot ecosystem is expected to see a massive wave of innovation thanks to the impending launch of its parachain auctions. As well as the subsequent advent of what will certainly be a huge variety of smart-contract capable chains and myriad novel applications built on top of them. — there’s a good reason to pay attention.

After all, with Polkadex’s PolkaIDO solution, users will be able to access the very first wave of projects building on Polkadot — just imagine having that option back when Ethereum, Binance Smart Chain, or Solana were first introduced — you would probably reading this from your private yacht.

Polkadex aims to smooth the gap between the early-stage fundraising process and exchange listing by allowing projects to easily create and deploy their liquidity pool on the Polkadex orderbook.

With this, early-stage investors on the PolkaIDO platform will be able to easily trade their tokens while also allowing non-IDO participants to access these projects at an early stage without needing to register to a centralized exchange platform.

Non-fungible tokens have become all the rage in recent months, thanks to a flurry of interest brought about by popular NFT projects like Bored Ape Yacht Club, EtherRock, ArtBlocks, and Monsta Infinite.

But until now, it has been nigh on impossible to gain access to the most popular NFT series’ before they launch on public exchanges — due to being snapped up by private investors and VC funds before anybody else gets the opportunity.

This might soon be set to change with the recent development of NFTLaunch, a launchpad designed to democratize access to new NFT projects by providing guaranteed allocations to its users. With this system, NFTLaunch hopes to kickstart a series of so-called non-fungible token offerings (NDOs), which see promising NFT projects host their initial sales on the platform.

By obtaining a tier on the platform (by staking NFTL tokens), users will be able to secure NFTs from what could be the next blockbuster NFT series, making it an attractive option for budding NFT collectors and investors.

The platform is built by BlueZilla Labs, the same firm behind the ever-popular BSCPad and ETHPad launchpads and the recently released CrossSwap platform. As a result, it’s positioned at the center of a growing ecosystem of solutions and backed by a veteran team, giving it every chance of securing hot new NFT drops for its users.

A popular figure in the IDO space, DuckSTARTER made a name for itself in early 2021 by hosting several back-to-back IDOs that achieved more than ten-fold returns apiece.

As its name suggests, the platform is a launchpad for promising new projects and provides its community members (nicknamed ‘Ducks’) with access to the latest projects at their pre-sale and public offering stage. As with most launchpads, users will need to stake the project’s native utility token (known as DUCK DLP token) to obtain a membership tier that decides how large their potential allocations are.

DuckSTARTER recently branched out to support IDOs for projects deploying on various blockchains — now including Avalanche, Solana, Polygon, and Binance Smart Chain, and averages several projects per month, making it one of the most consistent launchpads today.

Despite its whimsical name, DuckSTARTER is no joke. In the last year alone, it has helped launch some of the most promising projects in recent months, including PolkaFoundry, Mist, O3Swap, and Wanaka Farm — all of which produced a more than ten-fold return for participants.

With the number of promising new projects rapidly accelerating, DuckSTARTER is arguably one of the best places to gain exposure to new projects — regardless of your blockchain of choice.

AVAX Reflects No Sign of Stopping; Registers a New High! 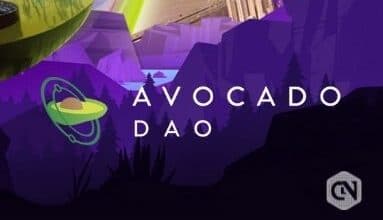 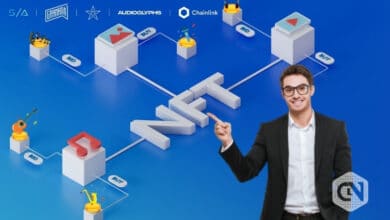 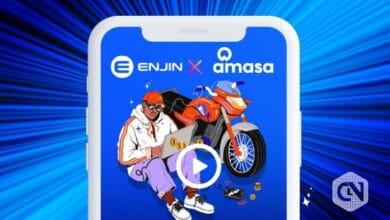