Electroneum, the leading innovator in the blockchain and crypto arena, has added another feather to its credit as the firm has made its place into Apple’s News App on January 27, 2020. This is for the first time since the launch of the Electroneum M1 phone that the firm has achieved such a remarkable milestone.

@Electroneum made it into @Apple’s News App yesterday for the first time since the M1 Phone launch. Things are heating up ahead of #AnyTask. #electroneum #gigeconomy #fintech #cryptocurrency #bitcoin https://t.co/jdKl9xDuQW pic.twitter.com/hUae7JdVd8

Celebrating the success streak, the globally reputed platform, Electroneum has announced that its highly anticipated crypto project, ETN Rewards will now be accessible using the Google Pay app for the android users and the Apple Store for iOS users.

Just a heads up, ETN Rewards has just hit the Google Play Store, so make sure you download to start taking advantage of the offer.https://t.co/nXN8VnpuLc

On January 24, 2020, Electroneum announces the news to its global customers about the launch of ETN Rewards. The project was aimed to work as a potential replacement for cloud mining. Electroneum, through its unprecedented product offerings and revolutionary services, is striving hard to encourage financial inclusion in the global economy. The firm is putting in efforts to bridge the gap between financial services and the people living in developing and underdeveloped countries. ETN Rewards project has been designed to bring a significant difference in the lives of its whopping 3.5 million registered users by exposing them to lucrative offerings.

To live by its objectives, Electroneum gives up to $3 in free ETN rewards every month to every user. The rewards scheme helped the platform to lure in more and more registered customers, which eventually made Electroneum shine as the fourth biggest digital currency in terms of the users’ volume. “According to the World Bank, about 600 million people are living on less than $1.25 a day. Well, even for them, $3 could have a positive impact on their daily lives, and if you can use the ETN for something you need, then you’re going to begin to see the benefits of cryptocurrency. For somebody living on $50 to $60 a month, free mobile top-ups can make a huge difference,” said Founder and CEO, Richard Ells.

It has aided the team in educating millions of people about the concept of cryptocurrencies, its convenience, uses, and services. During the Mobile World Congress held in Barcelona in 2019, Electroneum presented the world its M1 smartphone, which had its in-built mobile app. The mobile phone was launched for a cost under $50, which made it quite convenient for access by the not-so-rich population of the world in different countries.

In a recent interaction, Richard Ells stated that his team is presently focusing on strategically important projects such as online freelance marketspace- AnyTask, free online learning solution-TaskSchool, and ETN Everywhere, which will be a group of merchants supporting ETN. On January 27, 2020, Electroneum launched the final beta testing for its AnyTask initiative. The platform will allow users to sell their skills around the world in return for ETN. “Our revolutionary approach provides buyers with a socially responsible way to hire freelancers that also costs less than other leading freelance platforms,” stated Richard Ells.

The Most Awaited Rebound of XRP: Will It Conquer the $0.30 Mark? 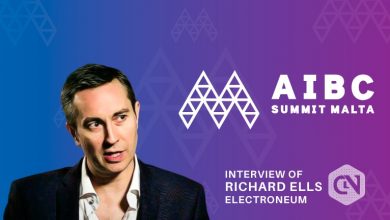