Breaking News: Remembered how we said that it is a good week for cryptocurrency? Well, make it even better! According to the official announcement made on September 25, Google updated its policy of cryptocurrency advertisement ban to instate in October. It will now allow some cryptocurrency exchange businesses to advertise on the global platform.

Even though the news specifically mentioned that it would reallow “some” of the exchanges, it is still a surprising and hopefully fortunate turn of events currently taking place for crypto industry. The official announcement detailed that the new rules are under consideration and will be in motion by October.

Soon, the Google Adwords platform support crypto exchanges that are willing to advertise targeting the audiences from the United States and Japan. The official statement notes, “Advertisers will need to certify with Google for the specific country in which their ads will serve. Advertisers will be able to apply for certification once the policy launches in October.”

The decision on the ban of cryptocurrency advertisement on the global platform was a big blow for advertisers and the general public from around the world. The official announcement was in March this year which stated the ban on cryptocurrency businesses from buying ads on the platform of Google Adwords. The news was not taken well by the industry and the exchange industry and suffered through a hard time following the reports. 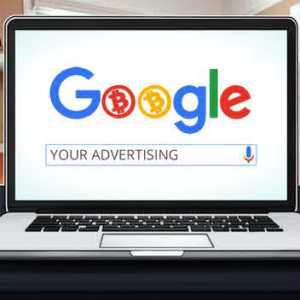 Not just Google, the largest global platform garnering billions of people in its wake, but even social platforms like Facebook and Twitter followed in the footsteps of this decision. They, too, made similar announcements and appointed ban on the cryptocurrency advertisement scenarios, all in the same year.

However, Facebook was the first one to unban the crypto ads for pre-approved cryptocurrency firms. The tech giant still maintains a ban issue on advertisements concerning Initial Coin Offering (ICO). It is good to know that Google has decided to remove the ban, albeit partially, for the crypto exchanges aiming at US and Japan traffic.

As for the reason of ad ban issued by Google, it justified its actions and new regulations by stating that they are doing so to protect their customers for fraudulent activities. There were several reasons at the time as to why Google is banning an integral part of growing economy, but the answer seemed to be illicit offerings when it comes to initial coin offerings, cryptocurrency wallets, cryptocurrency exchanges, and cryptocurrency trading advice.

It is a known fact that dealing with cryptocurrency comes with its consequences and risks that may or may not be preventable. It may have justified the ban at the time, but with a platform like Google lifting its issue, there is still hope for cryptocurrency to make an economy that is secured and stronger than before. The cryptocurrency exchanges are now allowed ads, but ICOs still stay condemned, and we don’t see that reversing anytime soon.

MetaMask Browser Has Been Suspended From Google’s Chrome Extension Store