A U.S-based firm Ripple Labs Inc. created a currency exchange Ripple in 2012. It is a real-time gross settlement and remittance network. XRP is created on a distributed open source protocol. It represents as a cryptocurrency, fiat currencies, etc. It served as a decentralized native cryptocurrency dubbed as XRP. Market Capitalization announced XRP as the second largest coin in September 2018. Ripple facilitates instantaneous, secure and cost-efficient (almost free) financial transactions across the globe.

According to the Google Trends Data for last one year, Google searches for Ripple had hit the highest in April 2018. After that, the graph for the search of the clicks experienced a downfall for the next six months until September. September shows a peak point again, after the benchmark of April. Later the downfall of the clicks for the search of Ripple reduced in the next six months viz., the period from September 2018 till now. It is crucial to note that the views for XRP have reduced to half several what it was one year ago. 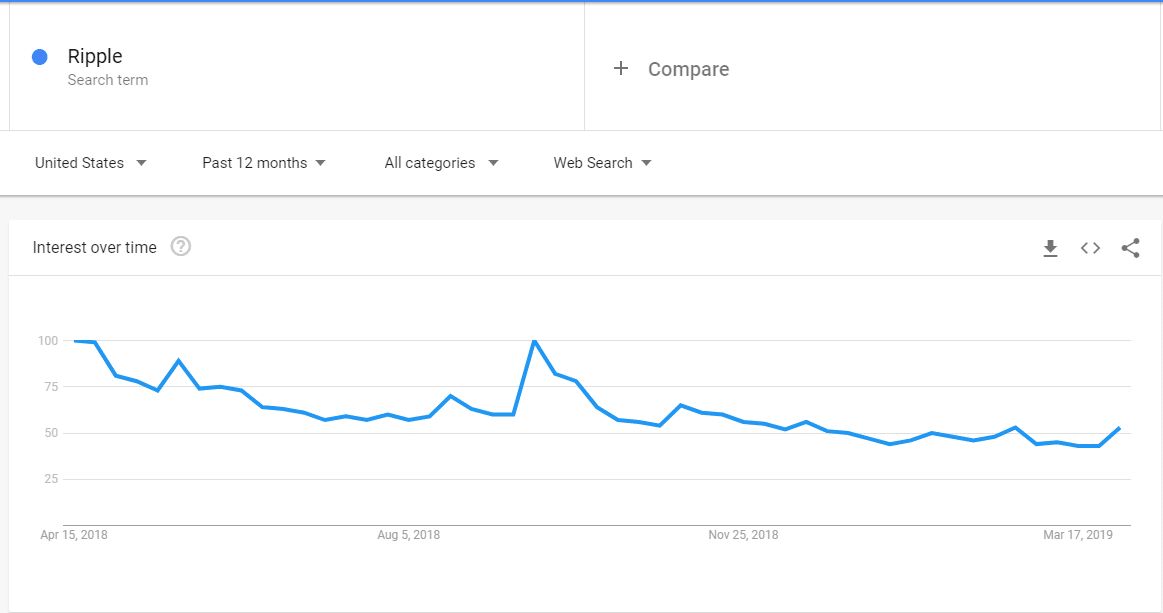 Per the above graph, it is noticeable that the Ripple searches surged due to price rise of Ripple during April 2018. Ever since there is a continuous price drop until October 2018. And so are the Google searches for the said cryptocurrency. However, the maximum searches occurred from the United States. The top five regions where the highest number of searches recorded are New Jersey, Hawai, New Mexico, Nevada, and Washington. 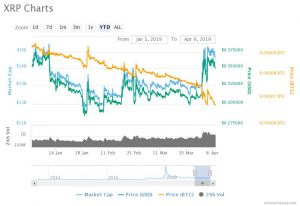 Since, Ripple being ranked on the 3rd position in the crypto market, it is likely to be in the hit searches of the potential investors soon.

Ever Wondered How Much Bitcoin Would be Needed To Replace the Gold of the Entire World?