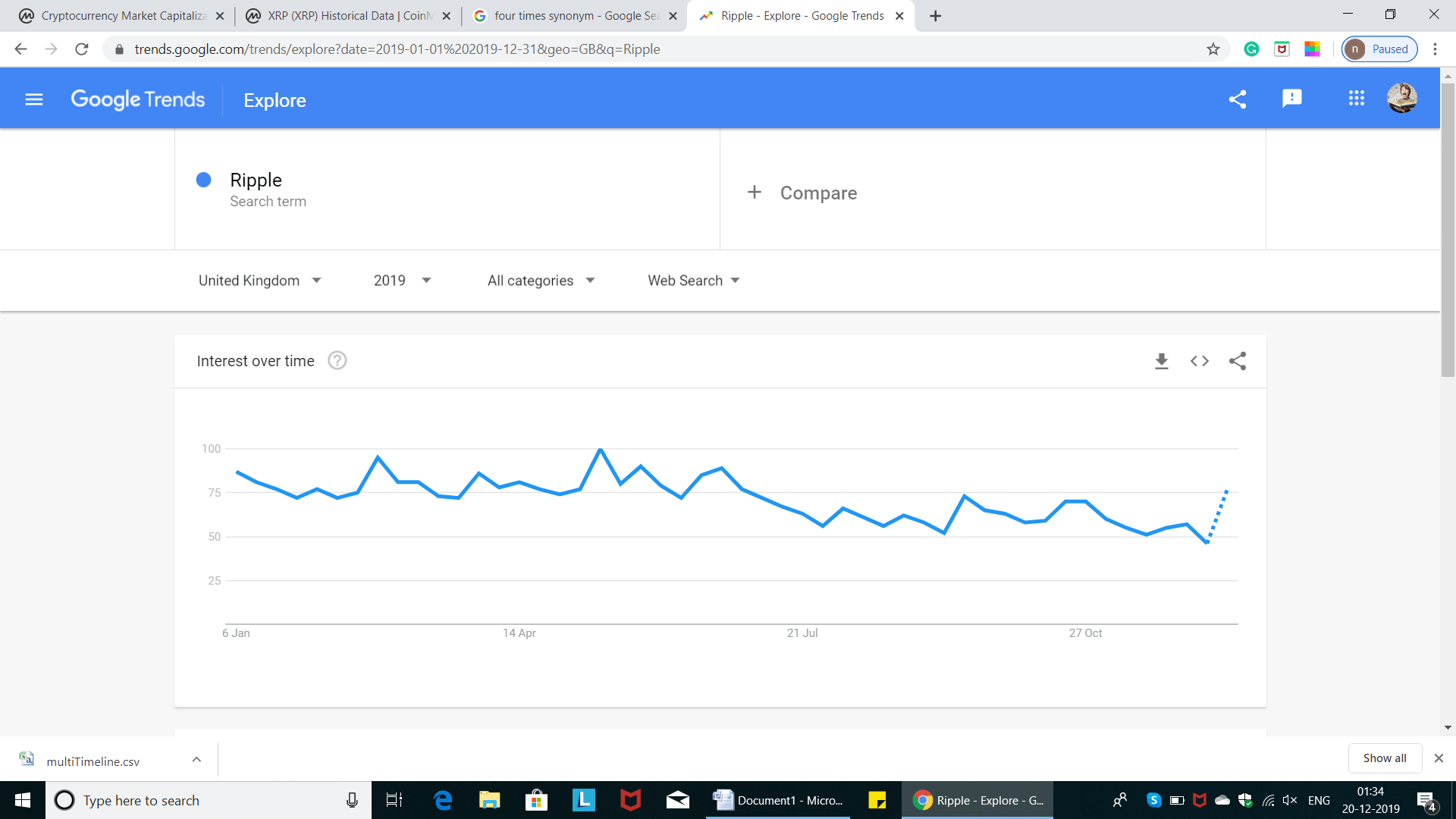 At the beginning of the year, Ripple was trending almost by 71% in the US. The popularity strengthened to 81% between February 24 and March 2. There was a huge decline in the trend by the end of March. In May and June, Ripple experienced a 100% trend. Along with many cryptocurrencies, Ripple also lost somewhere and popularity started fading. The second week of December is reflecting a 50% trend in Ripple. The chances of catching with the trend are higher in Ripple for the future. 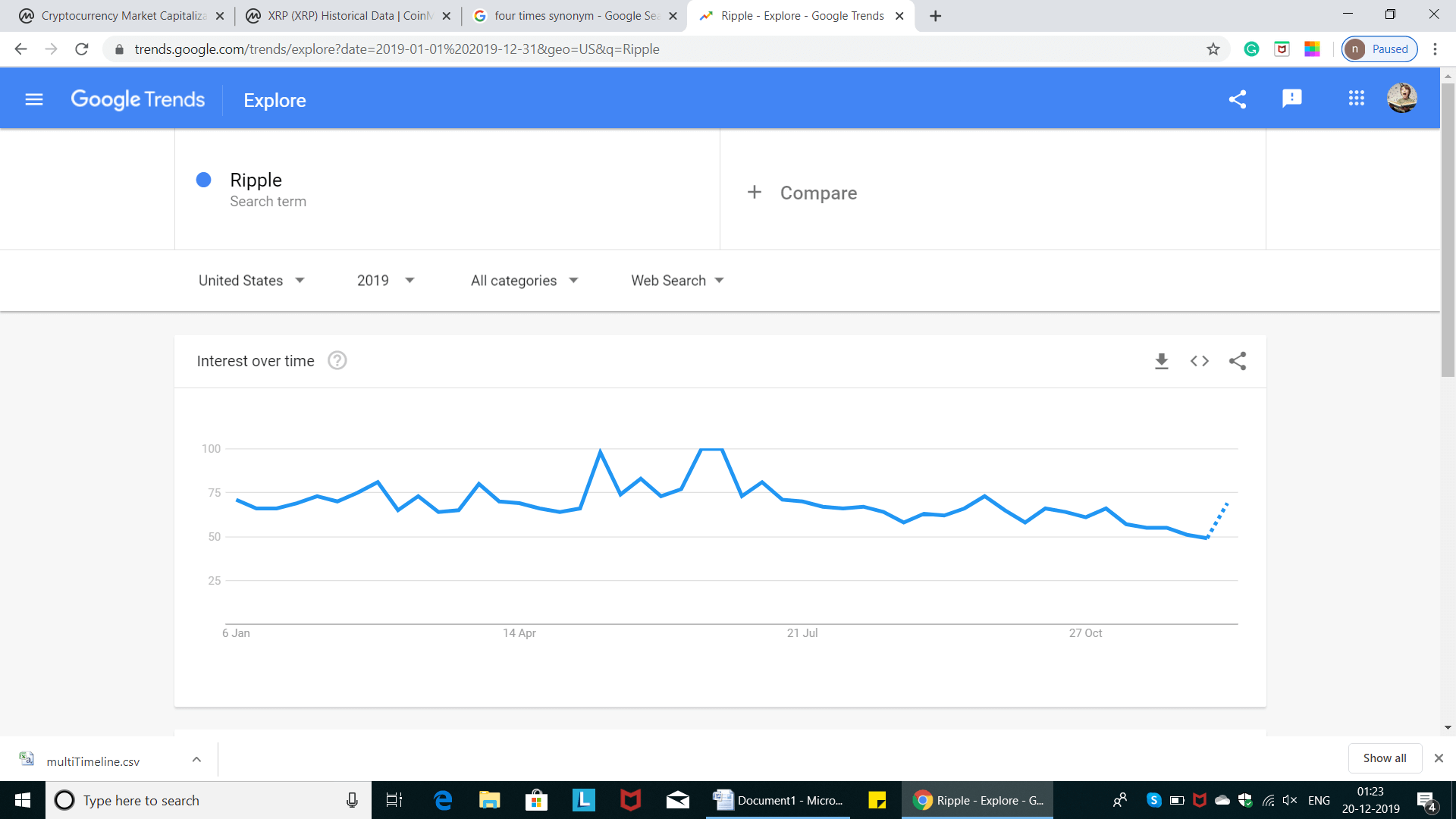 The trend chart reported by Google is reflecting the loss in the popularity of Ripple. The graph line is tilted towards the lower level as compared to the opening trend level. During the opening of 2019, Ripple was trending at 81% in the United Kingdom. The trend reached 95% between February 24 and March 2. The highest trending quotient i.e. 100%, was between the period of May 12 and May 18. Thereafter, Ripple is losing popularity. The trend marked in the last week was 48%. The ongoing week might bright the investors back to the coin. 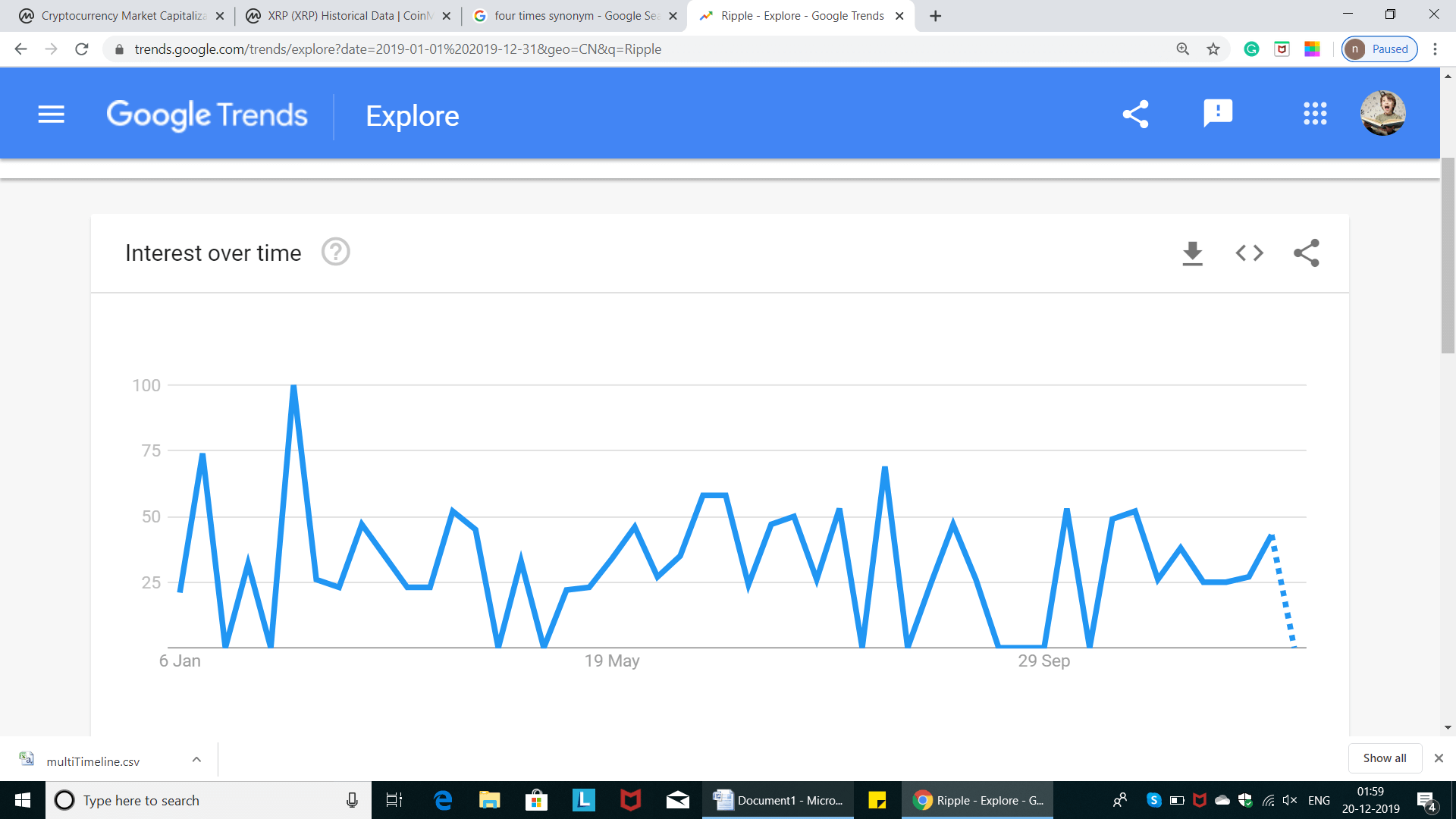 In China, Ripple has a fluctuating trend. The opening trend of Ripple in 2019 was around 23%. Within the 15 days period, the trend escalated to 74%. Then, Ripple lost power, and it couldn’t trend much during the opening of February 2019. Through the middle of February, Ripple trended the most in China. In the middle of April and the closing period of the same month, Ripple again faced heavy losses in popularity. In June, Ripple upped the trend again and was marked as 58% trending cryptocurrency in the market. By the middle of August 2019, Ripple trended almost by 70%. Recently, Ripple was spotted trending at 43%. The coin might have to face the backlash again and the trend might lower in the coming days.

Ripple is going to behave like all other cryptocurrencies in the market. There will be many ups and downs in the coin though out the year. Well, the good news about the coin is that Ripple isn’t interested in boasting the price of XRP in the market; rather, the focus is upon solid fundamentals. With coagulating the groundwork, Ripple would build a flourishing future. There would be huge competition in the market as biggies like JPMorgan and countries like China as they are planning to get-in in the ring with self-developed blockchain. Ripple would have to give a hard time to the upcoming coins and plan a long game to sustain its position in the market.

Can Clinical Trials Be Revolutionized by Using Blockchain?

Cryptocurrency : The Upcoming and Beyond