Habbo happens to be in the process of opening its very own new Hotel in The Sandbox. This newly formed and calculated merger will now be instrumental in providing ample opportunity to both of the associated communities related to Habbo and The Sandbox to be exposed to fresh experiences related to the metaverse, along with the provision of being able to take their explorations further.

The first exposure, however, will be introducing the Habbo Hotel itself and its iconic receptionist. However, this happens to be the all-famous character, Frank, introduced by Habbo. In this scenario, the players should involve themselves in the chores about the overall caring of the Hotel.

According to the COO and Co-Founder of The Sandbox, Sebastian Borget, Habbo, in its way, has set the ball rolling in the case of a virtual social world wherein more than 300 million avatars will be in the position of connecting about joint social exposures over two decades.

There is also the aspect of creating new and fresh experiences in The Sandbox, related to the sheer boosting of the community towards their #nocode Game Maker. In his opinion, this will inevitably open the doors for further user-generated content creation and thereby bring about interoperability which will then throw light on the true power of the open metaverse, along with the Web3.

Angelic and ImmutableX collaborate for increased accessibility of Web3 gaming 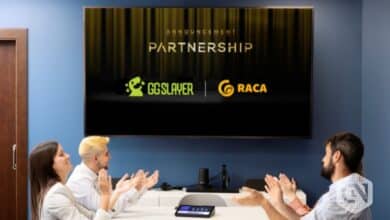