The Cryptocurrency industry is just like the stock market, just when the prices are low, buy them out. Even when Bitcoin battles hard to stay afloat the $4,000 mark, Crypto enthusiast Tim Draper advices that it is best to buy the Bitcoins now when the prices are low rather than buying them when they are high. He believes that the token is in for a major hike in the next two to three years. He estimates that the top coin may rally as high as $250,000 by 2023. At that stage, the value of Cryptocurrencies would account for $5 trillion in the global economy, accounting for around 5% of the total market.

Crypto to Be a Threat for Financial Institutions

Draper further says that Cryptocurrency is soon going to be adopted by almost everyone, dooming the future of banking services. Although the former might have its own challenges, the present regulatory forces that are being implemented to ensure safe exchange will make the industry a real competition for banks.

He further said that the sharp rise in the Crypto value may not be as good as the one that transpired in December 2017, but it will be stable and steady. At this juncture, banking services will try to stifle the spiraling Cryptocurrency values to ensure that they do not become redundant. He further said that people will not have any use of cash in the next five years. He also said that he has more faith in Bitcoin and Cryptocurrency rather than on financial institutions. He jokingly said, “Criminals will still want to use cash because they’ll catch everyone who uses bitcoin.” He jokingly said that he feels insecure about the money in his bank and feels assured of his bitcoin, which is locked, stocked and barreled.

Needless to say, Bitcoin will still surge and emerge, especially when there will be more efficient payment solutions such as Lightening Network and the OpenNode. It goes without saying that these new systems make the Crypto more appealing for businesses as a means of value exchange.

Draper had previously made wild predictions, estimating that it will climb from under $1,000 at the beginning of the year to almost $20,000 less than 12 months later in 2018. History speaks for itself, and the world is witness to the dip in the Bitcoin values since then, dragging the prices down to 80%, leading to a Crypto Winter. 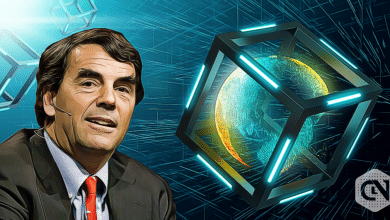