Real estate has found its way in the cryptocurrency industry for quite some time now, but it is surprising to see that you could now actually buy a house in exchange of bitcoin payment rather than traditional currencies. It makes way for several possibilities for both the industries with a new change as such and when it comes to buying a house in Manhattan we could not ignore.

It is not a simple home which you might be looking for, but instead, it is one of the popular and biggest six-floored mansion of Manhattan which is currently on sale, and the owner is accepting bitcoin payment. The mansion is owned by hedge funder Roy Niederhoffer, who is the president of New York hedge fund R.G. Niederhoffer Capital Management, Inc.

The house is currently valued to be worth almost $15.9 million which converts approximately to 2,500 bitcoins only. So if you are dreaming of buying a house at 40 Riverside Drive in Manhattan, all you need to have is 2,500 bitcoins, and this amount rings cheaper than the millions of fiat currency.

(Note: The bitcoin price valued here is by the current market rates which could change from time to time.) 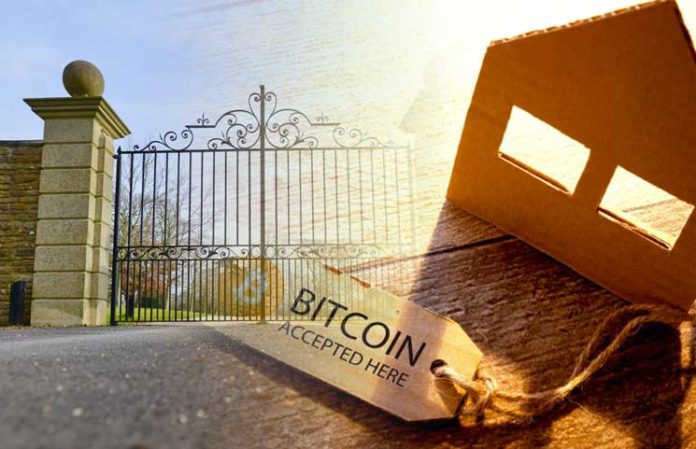 The house is a luxurious piece carved in the late 19th century with a view of the nearby park and Hudson River. According to Niederhoffer, he will accept the payment for the sale of the house in traditional fiat currency as well as in digital assets if the buyer insists. He confesses to being a believer of bitcoin, and as a result, he would be HODL-ing the cryptocurrency if the situation asks.

It isn’t the first time we are hearing about real estate venturing in the crypto industry and providing buyers with options on how to pay. So if you are a customer of bitcoin, you at least have an option when it comes to paying for the estate. Since recent years, the trend has begun to grow and shows more opportunities for those who are looking.

As CCN reports, one of the famous stars of reality TV Shark Tank, Barbara Corcoran believes that cryptocurrency is a great way to buy an item of real estate as it removes the need of intermediaries and helps you to cut back on the unnecessary cost.

Corcoran is well-known for raising a successful multi-million dollar fortune mainly from real estate sector. During an interview with the news website she said, “I’m very optimistic because, as a long-term play, it’s perfectly suited for real estate transactions.”

Niederhoffer isn’t among the first hedge funder to sale a house in exchange for bitcoin. Previous reports suggest that hedge funder Claudio Guazzon de Zanett also kept a townhouse on sale which was worth $30 million in cash and $45 million in cryptocurrency.