In this uncertain time, cryptocurrencies have seen an outflow, and Helium is no exception. In the last two years, many new users have rushed into the market and driven the price up, but now due to volatility, the retail investors are escaping, and big investors are selling stakes in some cryptocurrencies. Most investors try to find safer assets like government bonds instead of riskier assets.HNT

Throughout this year, the parent company Nova Labs and Helium have done extremely well, and the money raised in this downturn came from direct competitors like NGP Capital and Telekom Innovation Pool, who are betting on Helium for its Internet of Things technologies.

Helium can be the world’s largest 5G Internet network without expensive infrastructure and towers. It has already launched 6000 5G hotspots across the USA in a decentralized web system and has currently started a partnership with T-Mobile to fill the gaps on its own network.

Helium is in a short-term bearish because Binance is set to delist HNT trading pairs. However, the COO of Helium Foundation believes there is no basis for such an action. The largest crypto exchange platform, Binance, announced they would delist HNT/BUSD and HNT/USDT pairs on their trading platform. All the pending orders and margins will be automatically settled on October 12.

After that, it has created a negative sentiment for the short term, but it will not affect its long-term growth. However, you must read our HNT price prediction for a safer investment decision. 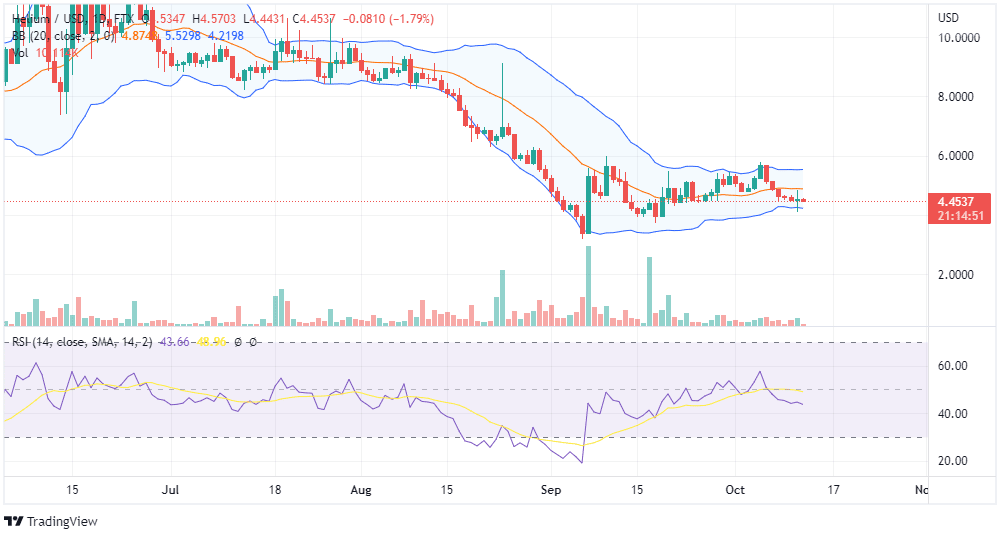 At the time of writing this post, HNT was trading around $4.44. In the last month, it has dropped tremendously because $8.5 was the previous support in August. Now candlesticks are forming in the lower Bollinger Bands that lack volatility.

Helium price may consolidate within a range of $5.5 and $4. We think it is a risky opportunity for short-term gain. Most technical indicators are neutral, so it might not break the support of $4 in the next few weeks. 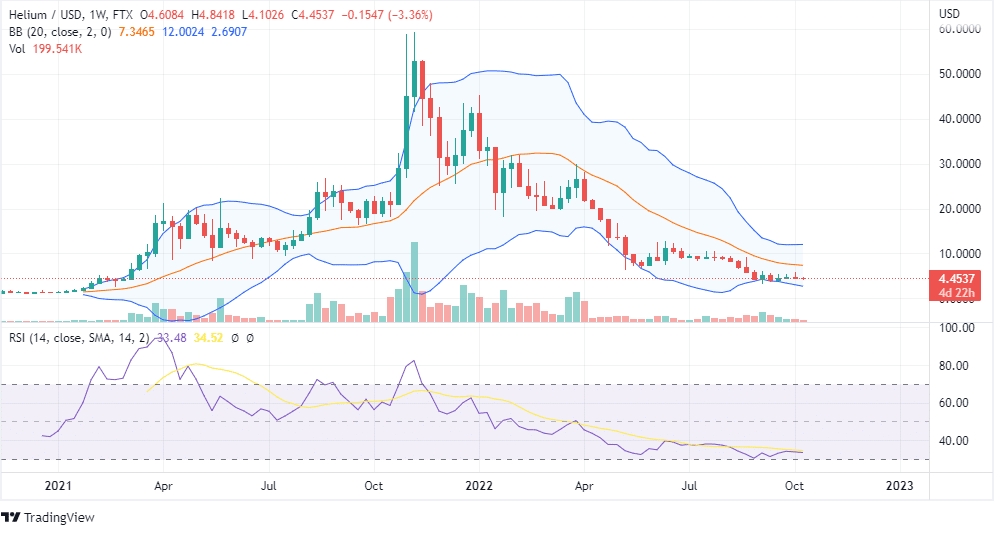 On the weekly chart, HNT candlesticks form lower lows in the lower Bollinger Bands when the last two candlesticks are bearish inverted hammer and bearish indecisive Doji, which suggest negative momentum for the long term. You should not invest in Helium (HNT) until it takes support and consolidates further.

Hedera (HBAR) rises more than 10% in just a single day!

BNB fails to hold 100 EMA; Reaches close to another breakdown!