The USP of the Stratis is that it boasts innovative software called- Stratis C# Full Node. This software is based on various user-friendly coding languages which have been built on Microsoft Net Core Architecture. As per the information obtained from ‘Smartereum.com,’ the developers who will create and build on Stratis platform will be given complete access to the full range of tools in C#. NET development. These developers will be able to develop and deploy smart contracts independent of any tools from outside.

It was only a recent event when Stratis partnered with Microsoft Partnership Network. The company revealed that the network is written in C# language- a language that is widely used across developers worldwide on a large scale. On this, Chris Trew, the founder, and CEO of Stratis said-

“Our deliveries of side-chains and smart contracts in recent times have been innovative. I think we are the first platform ever to turn complete smart contracts into C#. We have witnessed the impact of smart contract deployment on the main-chain with massive adoption. So, we decided to deliver our smart contract solution on a side-chain to avoid performance issues and bloating. […] Another important aim we have is to educate those in our academy. We have many experienced technical writers that write low-level content when they are not busy with consultancy engagements.”

The company thinks that by incorporating the C# language, they are opening the gates to several developers to contribute them in their own unique and innovative ways, which will eventually up the quality of the blockchain experience. In one of the blogs from the project’s team, it is written-

“When it comes to downloading the Stratis blockchain, the Stratis Full Node can be more effective than the StratisX node. It doesn’t compromise on security.”

The company is planning to offer working examples, course materials, technical infrastructure, and similar resources in order to train both the beginners and expert developers to get a  better grip on the platform.

Back in 2016, the company was found busy with the crowd-funding campaign. Currently, the initial coin offerings are accessible to the interested parties. People can get into the funds through fiat currency such as USD, as well as more than fifty cryptocurrencies.

After already creating its own token called- START, the company is also offering a proper platform to the investors with the help of blockchain technology. As per Smartereum.com, Stratis’ token- START appears on famous exchanges such as Binance, Poloniex, Bittrex, and Changelly. 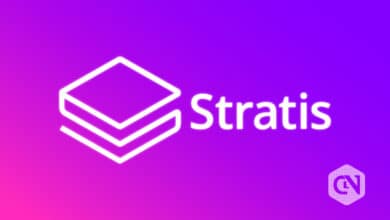