The Fintech sector has become one of the fast-growing sectors globally, and it has become an important sector in India as well, which remains one of the biggest economies in the world. The government of India has pushed the usage of Fintech solutions for the everyday transaction and came up with its own payments platform a few years back. However, the government is now trying to bring in widespread reforms in the Fintech sector to make it more robust and also to protect the consumers who use these products. To that end, a high-level panel has been created, and it is engaged in finding ways to make the Fintech space in India as good as the ones in developed economies like the United States.

Some of the things on the agenda include the launch of a marketplace model for peer to peer lending, the launch of virtual banks which function without actual branches and the usage of artificial intelligence in order reduce fraud among others. However, the panel made many more important recommendations in its report that could transform the Fintech sector if implements. One of the most important recommendations was the creation of new legal provisions to protect the interests of consumers in a more comprehensive manner. The Indian government has decided to make Fintech a pillar of the country’s financial structure, and it is understandable, considering the fact that large portions of the population still do not have access to banks.

In the report, which was handed over to the Finance Minister of India last week, the panel stated that Fintech has a big role to play in bringing financial access to people in the country. On the other hand, the panel stated in the report that it is necessary to reform the peer to peer lending modeling in platforms and instead moves to a marketplace model. The panel stated,

Potential hindrance in terms of restrictions on overall and individual exposure limits may be reviewed, and options like allowing Mudra Bank to directly fund or co-fund SMEs and MSMEs through P2P platforms may also be examined as an alternative credit delivery channel.

FSA Records a Sharp Fall in the Cryptocurrencies Enquiries Volume 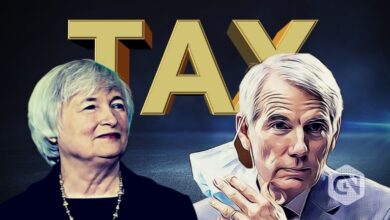 Jedox Marches Into New Verticals by Raising Over $100M