HOT is a post blockchain technology that is decentralized as well as energy efficient. It is a peer to peer crypto without any scalability issue. It has the ability to access Internet apps without any API. This is because of the language compatibility, and HOT is equivalent to IFTTT layer that lies underneath the entire internet. It enables user autonomy directly into its architecture and protocols. It offers a direct way by addressing the root datacentric assumptions of the blockchain approach. 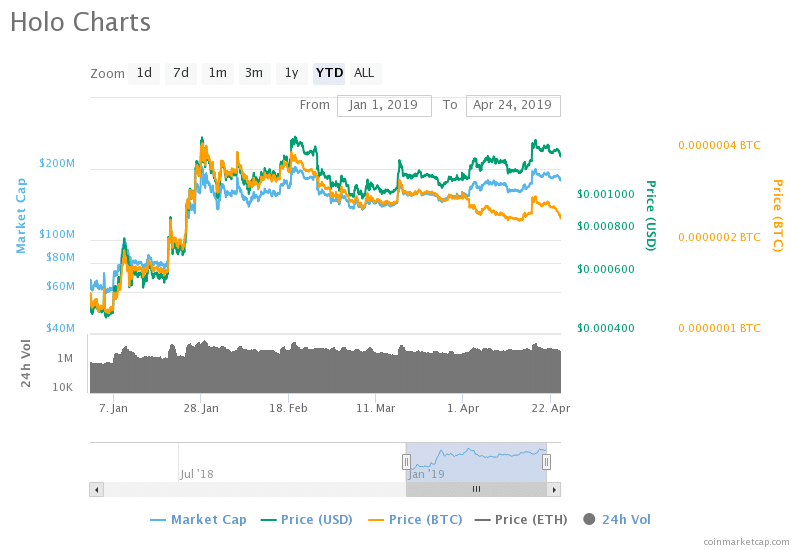 Initially, it appeared to be obnoxious. But it is so well decentralized that it has no scalability issue and its developers claimed their technology to be really sophisticated. So, it will be considered as an actual blockchain; rather, it will be regarded as a distributed cloud by the users. Due to its persistent team supporters including Deloitte and Mozilla, it has already increased its number of users. According to a crypto enthusiast, HOT is true to its name as its value has already increased by 188% since the last year. We believe that the price of HOT will be around $0.00154 by the end of 2019.

HOT is a worthy cryptocurrency. It has been making great developments and partnerships which can dignify its prices to a great extent in the future.

Bitcoin (BTC) Strikes Bull Runs above $5600: How Long will it Outlast in the Market?