Holo—one of the decentralized blockchain platforms ranked amongst the top contenders of the market that uses peer-to-peer networking for consensus mechanism between users and processing agent-centric agreement. HOT token’s native platform aims to ease the file-sharing process on a decentralized chain with a distributed computing network.

HOT/USD was seen trading with a negative bias, along with an uptrend, right after the massive sell-off in March. The intraday trading is fetching downside corrections as the Holo price trend approaches to breach the lower band.

Holo, at the press time, was trading at $0.000683 after a gradual pullback from the recent 5-month high hit towards the end of the previous month. The HOT token was seen breaching the upper 20-day Bollinger Band until the intraday volatility waived off the daily gains below the 50-day daily MA at $0.000795 while still holds support from 200-day MA at $0.00059. After a gradual correction, Holo is likely to test supports around the lower Bollinger Band due to loss of steady traction.

The MACD chart draws a bearish divergence due to negative market sentiment. The RSI of the token is lying at 44.12, with no steep changes in the price despite the downside corrections. Holo token still holds massive support at $0.00065 after having plummeted below $0.00070, and on the upside, it might cross the 50-day daily MA at $0.00080.

Horizen (ZEN) Drops Below 50.0% Due to Lack of Traction 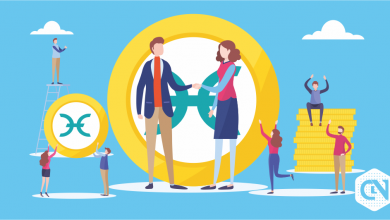