Aeternity is a blockchain protocol. The team has built a basic layer that permits applications built on it, like the back-end for decentralized applications. One of the reasons why Aeternity is unique from other similar projects is that the usage of Ethereum improves many areas of blockchain technology. Few pointers are explained below on how Aeternity is standing out from the crowd.

The consensus is attained through a novel hybrid Proof-of-Work and Proof-of-Stake (PoS) algorithm.

With the help of state channels, it is possible to execute the smart contracts off-chain. Besides, blockchain enables the smart contract code, in the event if there is a disagreement among the contracting parties.

Aeternity supports Turing-complete smart contracts that enable the implementation of credible transactions without intermediaries and third-parties.

The main objective of Oracle is to connect with real-world data with smart contracts. Needless to say, Aeternity’s oracles are superior objects on the blockchain.

Aeternity is managed by Miners, also called stakeholders, token holders, and several other participants who have a stake in the blockchain. Moreover, together they can make decisions on proposed changes.

Aeternity is a blockchain technology, which is structured to deliver extraordinary efficiency, governance, transparency, and global scalability. A few of the features offered by Aeternity are discussed below.

It is important to have transactions of business applications that are not recorded in public. The privacy offered by the smart contracts implemented in the state channels uses blockchain when there is a disagreement, by acting like a self-arbitrating crypto court.

By using state channels as a default method to run smart contracts, Aeternity emerges as the most effective Turing-complete blockchain by enabling new structures of commerce through its low-cost transactions.

One of the unique features that Aeternity blockchain offers is increased security and faster service, where many of its rivals fail to provide. Aeternity ecosystem consists of the following.

Aeternity offers the complete set of smart contract ecosystem, each optimized for specific use cases. Some of the worth mentioning use cases offered by Aeternity are as the following.

aepps can be described as a delegated voting system that permits the token holders to download or host a simple mobile-optimized blockchain application, used to participate or to suggest votes in the voting process. By this, it reduces the problem of weak voter participation, which is considered as a challenge for numerous blockchain projects.

Last year, Aeternity blockchain organized an Aeternity Universe conference, gathering several blockchain developers, entrepreneurs and researchers. It was organized in Prague on September 20–21 in the venues of Paralelni Polis and La Fabrika. Aeternity developed a few interesting projects, some of them centered around keycard implementations and a hardware wallet, while others were focused more on decentralized applications and Sophia smart contracts.

Even though blockchain has immense use cases in every field, it has few challenges that are yet to be resolved. Aeternity, by using blockchain, helps in solving these challenges with its innovative features and services. It is left to see how Aeternity improvises itself as an organization by offering more applications on the blockchain.

Wangiri Fraud Can be Controlled Through Blockchain Technology 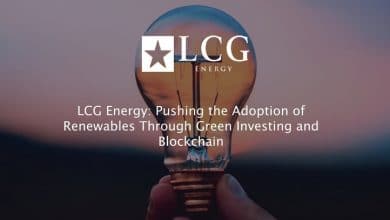 LCG Energy: Pushing the Adoption of Renewables Through Green Investing and Blockchain