Coronavirus or COVID-19 pandemic has brought the world to a standstill. Within a few weeks span, the deadly virus spread its tentacles from its epicenter Wuhan to all the major countries. The World Health Organization advised governments to preach certain guidelines to limit the proliferation of the virus, including frequent hand washing, maintenance of cleanliness, and the foremost, practicing social distancing.

In an attempt to incorporate social distancing in public at large, manufacturing and distribution operations were halted by local and international firms. The threat was so big that the authorities were forced to shut stop operations that could aid in multiplying corona patients and so big industries, public places, religious spots, eateries, and small joints such as barbershops were closed for an indefinite period of time. All this gave a hard hit to the global economic cube leading to a major downfall. The economy gurus fear that the world is fast pacing towards a daunting recession phase, which has the potential to push the human race several years back in terms of development. IMF estimates stated that the global economic growth rate in 2020 is 3%, which is horrifyingly less in comparison to the 2009 global crisis.

Undoubtedly, the lockdown has crippled the position of the world’s most powerful economic countries like the USA, China, Japan, Italy, etc. Despite having one of the strongest healthcare sectors in the world, USA witnessed an alarming corona infection expansion as well as had to bear the dirth of a surprisingly high death figure. The crisis has skyrocketed the rate of unemployment in the country, with numbers touching to 20.5 million in April itself. As workers are forced to stay at homes, the manufacturing output has come to an all-time low.

The IMF analysis revealed that this slump in output generation would lead to a plunge in external demand and domestic demand. According to the IMF estimates, the USA’s global economic growth rate is expected to be around the 5.9 mark in 2020. The cottage industries and small-scale businesses had to bear the maximum wrath of coronavirus adversity primarily because these industries usually work with limited capital and resources. Due to the lockdown, the circle of capital movement has stopped, and so reinstating operations will be quite challenging for these hubs post the lockdown.

Through an assessment, the World Economic Forum affirmed that lending support to small and medium scale enterprises, along with big entities can help bring stability and open new employment opportunities. Governments need to allocate extra funds to SMEs and small businesses so that they can deal with the ongoing circumstances and bring their operations back to the mainstream. Special grants, concessions in taxes, reduced overhead expenses, etc. can help in the reestablishment measures in a crucial way.

These industries can help in reviving the overall economic space. They can bring down unemployment bar by giving jobs to workers, servicemen, laborers, transporters, and other low-income community members. Small-scale enterprises can bring business activities back to the operational stage. It is likely that by developing a small-scale sector, the governments can ensure raw material and labor supply, which in turn can aid the operations of big and large-scale industries. This can lead to the overall development of the financial arena. A well-planned corrective channel can aid the governments in recovering the loss earlier than expected. It will be exciting to watch how things turn in the economic parlance in the future. 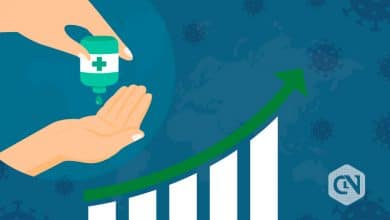