Cryptocurrency has always been a controversial topic. There are numerous factors why crypto is yet to become mainstream from the volatility of Bitcoin to the ungovernability of blockchain technology. However, when one of the most controversial cryptocurrencies of all is currently growing at a record rate, could this be set to change?

As we enter the second half of 2020, we see widespread reports on the growth of Tether. First launched in 2014, Tether is a stablecoin, which means that it’s backed by fiat currency (a fiat currency is one which takes the form of money, with its value typically maintained by a government). In Tether’s case, this fiat currency is the US dollar – hence Tether’s currency code, USDT.

This article will explain how much Tether has grown so far in 2020. Whether you’re a Tether expert or a newbie in need of a complete Tether (USDT) 101 guide, read on more.

What is the current growth rate of Tether USDT?

At the start of 2020, Tether was valued at $4.1 billion – but by the beginning of July, its market capitalization had reached $10 billion. That’s a staggering growth rate of almost 144% in just six months, which is generally unheard of when it comes to stablecoins.

Later in July, the news broke that the treasury at Tether Holdings Limited had minted an incredible 80 million new USDT tokens and transferred them to anonymous Tether wallets in less than 24 hours.

How does this compare to other cryptocurrencies?

The world’s fastest-growing cryptocurrency is Compound (COMP), a specialist Ethereum token which grew by 143% in a mind-blowing 24 hours back in June 2020. It might have achieved what Tether managed in six months in one day, but this direct comparison isn’t necessarily helpful.

Because Tether is a stablecoin, sudden growth (or sudden decline) is less expected than it might be when analyzing other cryptocurrencies. As the name of ‘stablecoin’ suggests, these currencies have been pegged to fiat currency to make them more stable and less susceptible to volatility. Compare Tether’s growth rate over the last six months with the fact that the price of Bitcoin recently dropped by 8% in less than five minutes.

What does the rest of 2020 have in store for Tether USDT?

Thanks to its skyrocketing growth and newly minted tokens, reporters at Bloomberg have projected that Tether could outstrip Ethereum to the second spot behind Bitcoin by the end of the year.

In recent years, Tether Holdings Limited has also been discussing launching two new versions of the stablecoin currency – one in Europe (backed by the Euro) and one in Japan (backed by the Japanese Yen). Although there is currently no fixed release date, the growth of Tether USDT could potentially bring these new iterations.

For all its sudden growth, the controversy surrounding Tether hasn’t yet died down. The New York Supreme Court is currently launching an investigation into the activity of Bitfinex, the cryptocurrency exchange platform, which is owned by the same team as Tether. (Both Bitfinex and Tether denied their connection for years until the leak of the so-called ‘Paradise Papers’ in November 2017 which confirmed the two businesses are sister companies).

The investigation aims to prove whether or not Bitfinex has been using Tether tokens to manipulate the trading price of Bitcoin. Banks and financial institutions such as Wells Fargo have previously denied their services to both Bitfinex and Tether, suspicious that huge increases in the number of Tether tokens have historically coincided with dramatic changes in Bitcoin’s price.

There’s no doubt that Tether’s unprecedented growth is impressive. The fact that Tether has maintained such a strong market position despite its controversial past is a testament to its popularity – and as millions of users continue to trade in Tether every day, this growth doesn’t seem set to slow down yet. 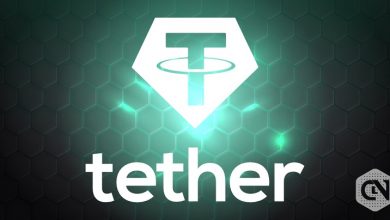