This past September has shown that cryptocurrencies can not only skyrocket in price but also fall precipitously. Bitcoin managed both to check-in at the height of $52,870 and find a local bottom at around $39,666, having lost about 25% of its value along the way. And, of course, this is a problem not only of the flagship coin but of the entire crypto market as a whole, which makes investors think: is it worth investing in it?

Influencers promise unprecedented growth for bitcoin. According to some experts, its price may rise to $200,000, and even to $500,000 in the next few years. Maybe that’s the way it will be. Or maybe not. And at some point, the cryptocurrency market, crushed by legislators and regulators, may burst like a soap bubble. You don’t need to go far for examples; just remember recent decisions of the People’s Bank of China.

The goal of every person who turns to the digital market is to make as much money as possible.

Let’s go back to the above example. In the first case, having bought bitcoin in early September, you would have lost more than $10,000 in just two weeks. And if the fall continues, you risk losing 100% of what you paid for the token, which is about $50,000. That being said, you don’t have the slightest chance to earn anything or make a difference in any way.

But things are much better in the second case. Your risk will be over 300 (!) times lower since it does not exceed the named $150. And if you open and close the sell trade on time, the profit for the same two weeks can be about $10,000.

Agree, this is very impressive: having invested $150, you get a profit of $10,000 in two weeks. And this is at a moment when coin owners, having bought them on a crypto exchange, suffer enormous losses sobbing on drying wallets.

Of course, the above example describes the ideal situation. But it is quite real with some experience and luck. And there are two reasons. Take a brokerage like NordFX, for example.

All Markets in One Smartphone

And the list of assets NordFX offers its clients looks very impressive:

Transactions with all these assets can be carried out simultaneously from one account and from one terminal installed on your computer or smartphone. And such a variety of them allows you to hedge risks and diversify your trading strategies, getting additional profits significantly. For example, the leverage on gold and Forex currency pairs reaches 1:1000 at NordFX. That is, with only $100 on your account, you will be able to carry out transactions worth $100,000. And with $1000, accordingly, you can operate with 1 million dollars.

And another important point is the reliability and safety of your funds. Unlike crypto exchanges, the issues of Forex and CFD brokers have long been spelled out by law, so the investment risks are lower here. In addition, brokers who have been working in the financial markets for a long time have accumulated vast experience in repelling hacker attacks. So, for example, not a single cent of client funds has been lost or stolen over 13 years of NordFX’s activity. For this reason, the company has repeatedly received honorary professional awards. It has been recognized as the most trusted Forex and crypto broker, and the number of trading accounts opened by its clients out of almost 190 countries has already exceeded 1,500,000. 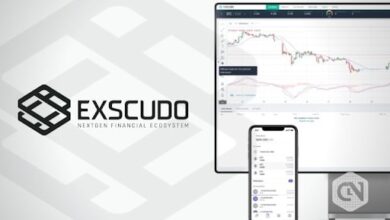